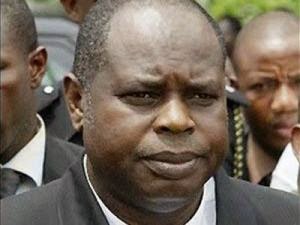 This is one death too many. Why are Nigerians being killed with impunity in Dubai?
Tragedy struck the former governor of Bayelsa State, Chief Diepreye Alamieyeseigha, on Sunday, when one of his sons, Oyamiefa, was murdered in Dubai where he was a student.

The 30yrs old late Oyamiefa, who was reportedly killed in the house belonging to his father in the Arab country, was said to be the only person living in the luxury apartment. The deceased was the last but one of the former governor’s children.

It was gathered that he was murdered by unknown gunmen who stormed his apartment on Sunday night. Some impeccable family sources disclosed that his lifeless body was recovered by neighbours.

It was gathered that the former governor was informed about the tragic development early Monday morning and he promptly departed for Dubai.

Alamieyeseigha was in Yenagoa, the Bayelsa State capital, preparing for his investiture as patron of the Nigerian Institute of Public Relations (NIPR) on Thursday to launder his image for 2015 before the tragic occurrence forced him to abandon the event.

The event had been packaged to launder the image of the former governor after he received state pardon from President Goodluck Jonathan following his conviction for corruption during the Olusegun Obasanjo administration. Prior to his conviction, he had staged a dramatic escape from the UK where he was under house arrest and undergoing investigation for fraud.

My Son Didn’t Commit Suicide; He was Killed – Alamieyeseigha
The former Bayelsa governor has debunked the claim by Dubai police that his son committed suicide.

LEADERSHIP gathered that Oyemifa’s body had been found in a street by the police who searched him and found his identify card. Using the identification card, the police were said to have traced his home only to discover that he came from “a big family”.

It was gathered that shortly after ascertaining the background of the deceased, the policemen left but later came back to tell his family members in Dubai that Oyemifa had committed suicide.

The policemen were said to have based their claims on an autopsy they said was conducted on the body.

Alameiseigha, who was said to have taken the incident heavily, was said to have rejected the policemen’s claims. When contacted through a text message by our correspondent, the aggrieved former governor said: “He was killed in Dubai.”