The movie producers and directors also use illiterate young men as part of the cast. 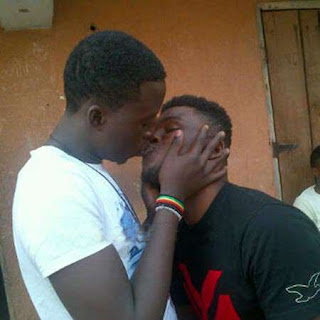 Without knowing he was being recorded, one of the gay actors [name withheld]– a plumber who spoke in the local Twi language – narrated the entire story at a rendezvous in Accra. He admitted having gay sex with one of the University of Ghana students in the movies but said the student he acted with is not his real life sex partner.

According to him, the producers and directors promised that the videos will not be released in Africa and could only be watched by credit card holders.