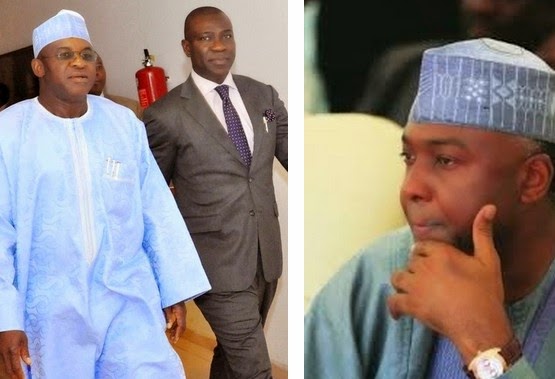 With the release of the results of National Assembly elections held last Saturday by the INEC, indications have emerged that the South East Geo-Political Zone may have lost the opportunity to produce the next Senate President of Nigeria.

The Zone did not vote for any candidate of the APC in the last election, thereby shutting out itself in the reckoning for such a post.

From the results posted by the INEC, the South East neither returned any of its APC senators nor voted for any new candidate to emerge on the platform of the APC.

Consequently, Senate President David Mark is said to be begging APC to give him the position.

It was learnt that the non-availability of any ranking APC Senator from the region to take the slot of Senate President might compel APC to zone the slot to the North Central, where David Mark hails from.

Mark would have emerged the best choice given his rich background and experience, his membership of the PDP, which will now be in the minority in the next Senate, knocks him out of the reckoning for the post.

APC has won no fewer than 65 seats in the last NASS election pushing PDP with 44 Senators to the second position in the upper legislative chambers.

But there was unconfirmed report on Wednesday that Mark was being pressured by political interests to defect to the APC after the inauguration of the National Assembly in order to retain his post.

But it is not possible for any Senator to decamp to any other party until after being sworn in.

A source told Vanguard: “The truth of the matter is that you cannot decamp to any party after election until you are sworn in. It is not an issue now and I don’t think that anybody should contemplate that at all and even the opposition party will not even welcome you.

No way for Mark — APC chieftain
But an APC chieftain has said that it was not possible to concede the Senate Presidency to Benue State after it had occupied the post for eight years through David Mark.

The official said that there was no way APC would accept Mark as its Senate President since there were many qualified Senators from other states in the North Central to occupy the post.

It was learnt that given the absence of any ranking APC Senator from the South East or South South, the APC would still retain the Senate Presidency in the North Central but pick from another state.

Kwara State Senator, Dr. Bukola Saraki, is being considered for the top post. But if APC keeps the post in Benue, the Senate Minority Leader, George Akume, is likely to emerge as the Senate President.

Allowance for Election 2020 field operatives to be paid soon– EC