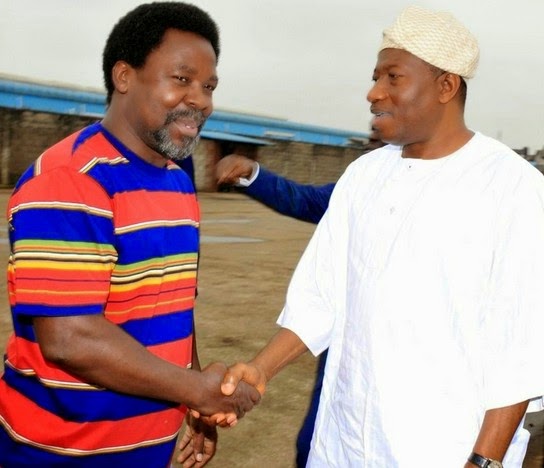 President Goodluck Jonathan on Saturday paid a condolence visit to Prophet TB Joshua at his church premises to commensurate with him and other members of the Synagogue church family over the unfortunate incident of a building collapse that claimed about 80 lives under strange circumstances.

Jonathan who described the incident as very sad, had said:

“Today when I arrived Lagos, my first port of call was where a five-storey building collapsed and 80 people confirmed dead, about 131 people were injured. It is a very sad story, very sad incident to us and the international community because most of the people that died in that building collapse were not ‎Nigerians. In fact about majority of them are South Africans. I spoke to the President of South Africa, Jacob Zuma to first express our own sentiments and condolences to the President and people of that country.”

TB Joshua took President Jonathan round the site of the crashed building. See the photos: 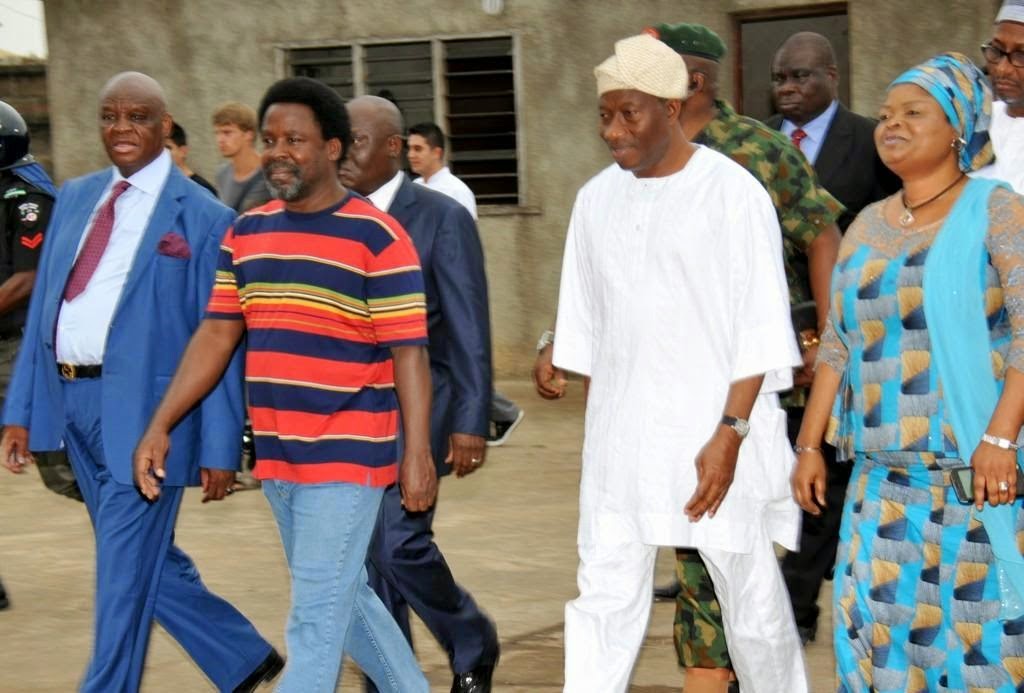 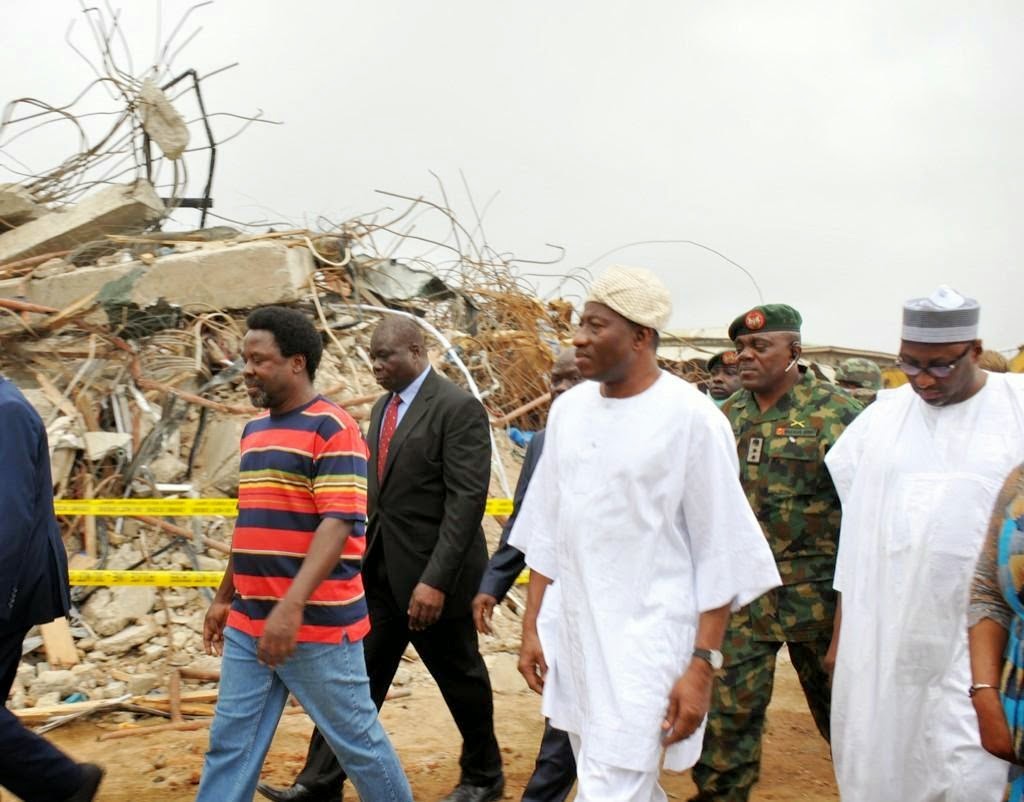 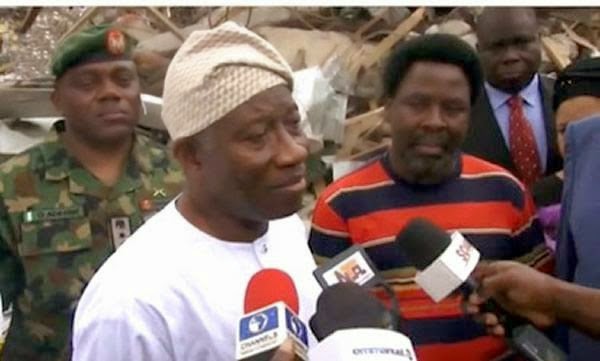 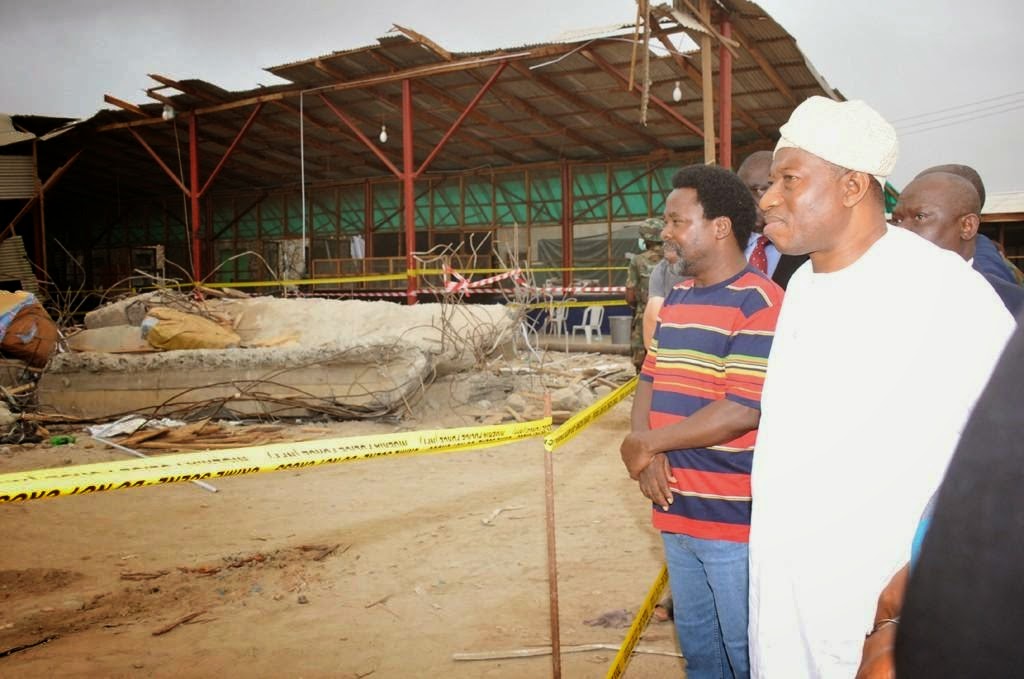 May the souls of the dead rest in peace and may God grant all the injured speedy recovery. Amen!
READ ALSO:   Man drowns hours after paying wife’s dowry