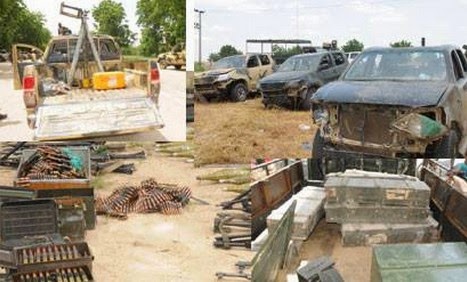 Finally, Nigeria soldiers are beginning to win the war against terrorism, OluFamous.Com gathered from credible sources in and around the troubled North-Eastern Nigeria. Calm is returning to most towns.

Following the several defeats suffered by the Boko Haram terrorists in the hands of the Special Forces of the Nigerian military, some of the insurgents have lay down their arms and surrendered to the troops.

According to military sources, some of the surrendered terrorists are already giving useful information.