Police have opened an arson inquiry into the fire which occurred shortly after midnight and damaged the front door of the mosque in Cape Town. There were no injuries and no arrests have yet been made. The founder, Muslim academic Taj Hargey told AFP:

‘This is a deliberate arson attack. They used petrol and oil,’ he said adding close circuit television video footage showed that unidentified people had made several reconnaissance trips to the mosque two hours before the attack. 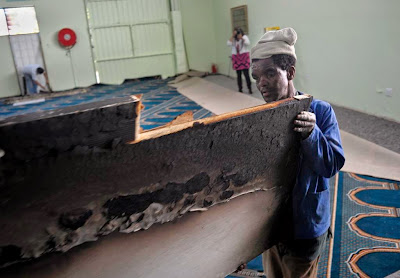 Taj blamed his opponents for the attack which occurred on the eve of the celebration of the Muslim feast of Eid al-Adha.

“Instead of preparing for the holy day these people were preparing to destroy the house of God … it’s very sad, disrespectful,” he said. 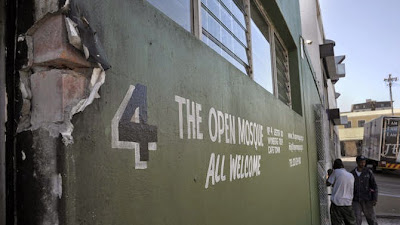 “They cannot shut us down, they can try whatever they want, They have tried verbal intimidation, threats and now arson, this should be the last. Our opponents should know that they don’t have a copyright on Islam.”

Andre Traut, police spokesman for the city, said they are investigating the circumstances surrounding the fire.