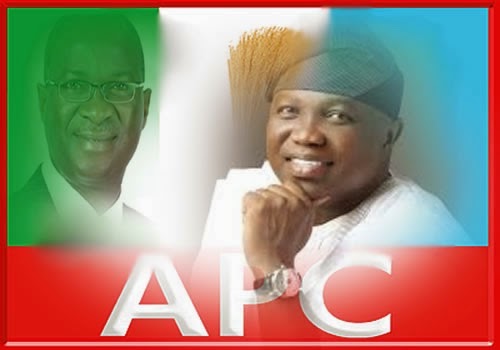 Frontline gubernatorial aspirant and former Accountant General of Lagos State, Mr. Akinwumi Ambode, will on Friday, October 24th, formally declare his intention to seek the candidacy of the All Progressive Congress (APC) to run for the office of the Lagos State Governor.

A statement from the campaign organisation of the politician, who was the first to pick an Expression of Interest Nomination form towards the Nov 15 APC primaries, said that the declaration will take place at the Onikan Stadium at 10am.

The press statement from Ambode’s campaign office noted that the declaration is coming on the heels of the massive endorsement that the Epe-born Ambode got from Islamic clerics in Lagos State on Tuesday at the Blue Roof, Lagos State Television Complex, Agidingbi, Ikeja.

“Friday’s declaration, which is expected to be a carnival-like endorsement of Ambode by stakeholders from all the 57 council areas in Lagos State is an opportunity for the frontline aspirant to thank party stalwarts, who have given him good reception during his year-long consultation and to sell his 5-point agenda of Continuity and Consolidation to Lagosians,” the campaign office stated.

The campaign office informed that the approval to use Onikan Stadium for the declaration was personally granted by Governor Babatunde Fashola, who wrote glowingly about the civil service career of Ambode when the aspirant voluntarily retired in 2012.

The 51-year-old Ambode retired at the peak of his career in the Lagos State Civil Service after almost three decades, which took him round all the nooks and crannies of Lagos State Local Government and Civil Service establishment, an advantage which his supporters believe places him in a very good position to satisfy the aspirations of the voters.