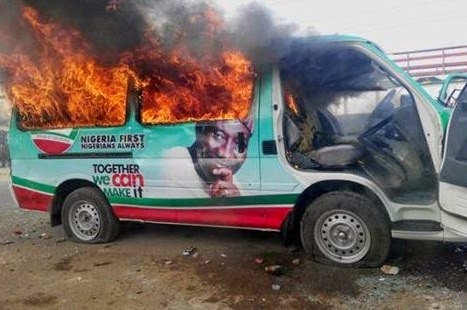 Some angry youth on Saturday attacked and set ablaze a campaign bus branded with President Goodluck Jonathan’s campaign posters at Zololo junction, Bauchi road in Jos, Jos North Local Government area of Plateau state. The bus was on fire due to disagreements between PDP supporters.

Once again, PDP reaps the whirlwind of lack of internal democracy 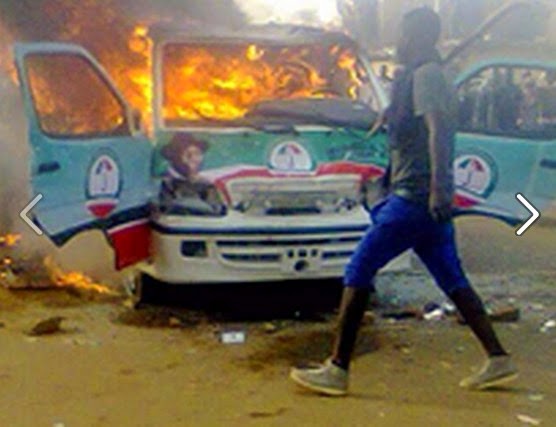 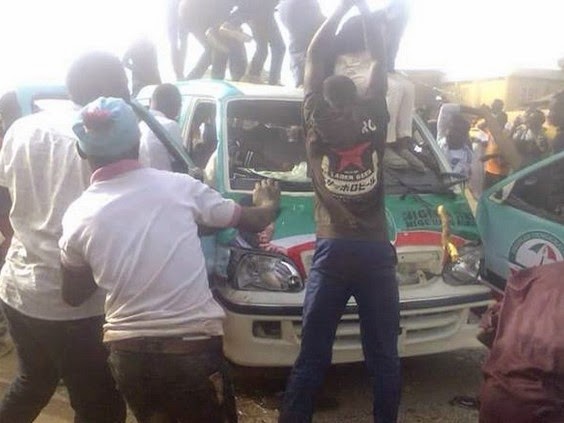 Crisis erupted in yet another PDP state chapter on Saturday, 10th January, as angry youths in Jos burnt a PDP branded bus and vandalised other cars. According to reports, this was in protest of the candidacy of Gyang Pwajok, the PDP governorship candidate in Plateau state, whom they said was imposed by his former boss and outgoing governor, Jonah Jang.

Pwajok was returning from Lagos where he received the flag of the party to contest in the February poll, but his return to the state was marred by the violence allegedly by PDP youths supporting another faction.

Pwajok is the current senator for the Jos North senatorial district, and was former SSG to Jonah Jang.

No election is worth the life of any Nigerian citizen.

Universities in Ghana applauds China’s efforts in education and health

Single Ladies, This One Is For You
PDP Youths Vow to win Northern Votes for PDP and Jonathan
Comment