Nigerian parents, Jerusalem and Gladys Monday, have lost custody of their 9 yr old twins after they left them mostly to themselves in their New Hampshire apartment for four months and took their other three children to Nigeria. They left their twins in the care of an uncle who hardly visited. More of the story below from AP…

Manchester police said the uncle, 25-year-old Giobari Atura (pictured above), told them he would stop by every couple of days to drop off food, but when police got involved in November, they found no edible food in the refrigerator and only ramen noodles in a cabinet.

Atura was charged in December with one count of endangering the welfare of a child, a misdemeanor. He was freed on $500 bail. 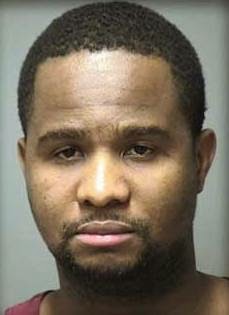 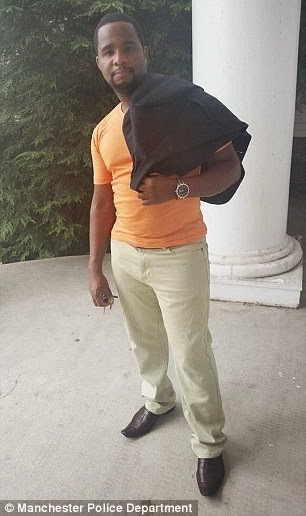 Atura’s older brother, Jerusalem Monday, left for Nigeria with his wife and three of their children in July, intending to return in August. They told police they were delayed by illness and passport problems.

The door at their apartment was ajar Thursday, but no one answered a knock; a telephone listed in Jerusalem Monday’s name was not receiving calls. A neighbor, Christaly Garcia, said she didn’t recall seeing the boys but noted they wouldn’t necessarily stand out because there are a lot of kids in the well-kept apartment complex in New Hampshire’s largest city.

The case came to light in November when officials at the boys’ school told the state Division of Children, Youth and Families that the twins had been living on their own for months. The kids were getting themselves up and on the bus, then eating breakfast and lunch at school.

The boys were taken into protective custody and then placed into foster care.

Assistant Hillsborough County Attorney Michael Valentine said the parents returned home shortly after they learned the boys were being left alone. Because they left them in the care of a relative, Valentine said, they won’t be charged. The boys are back with their parents.

In a police affidavit, Atura said he’d stop by the apartment on days that he went to work, but that didn’t happen every day. He said he checked on the boys three days a week and told them to call him if they needed anything.

“It should be noted that no operable phone was located within the apartment,” the affidavit says.

In an interview with police, one of the boys said “he felt lonely while staying at their own house because his mom and dad were not there and nobody was with them,” according to the affidavit.

When police finally reached the parents, they said they had instructed Atura to stay at the apartment, and if he couldn’t, they gave him the name of a family friend to contact. The parents said they stayed in phone contact with Atura, who assured them everything was fine.

READ ALSO:   Ghanaians are killing themselves not gov't

Top government officials pressured Bagbin because of me – Asiedu Nketia