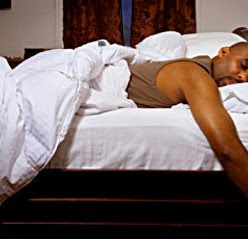 The police in Lagos are on the trail of a security man, identified only as John, who allegedly r*ped two sisters for several weeks in the Anthony area of Lagos.

The 61-year-old John reportedly gave the sisters, Comfort and Precious (real names withheld), the sum of N200 to appease them each time he climbed the girls.

He was also said to have warned the 11-year-old and 10-year-old victims that he would kill them if they revealed the secrets to their mother. 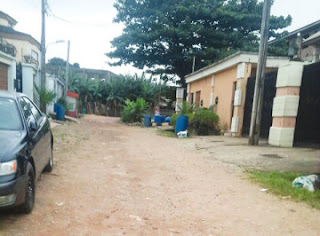 It was gathered that the r*pe, which reportedly went on for several weeks, was later discovered on August 30, when the girls started to complain about back pain and headache.

According to Punch, the girls then opened up to their mother, who reported the matter at the Police.

At Fidella Street, Aladura Estate, where the incident happened, it was learnt that John had not returned to his rented apartment since the day the incident was reported to the police.

READ ALSO:   After My Divorce, Men Have Been Pestering Me- Mbong Amata

Speaking with Punch, the mother of the girls, Rosemary Peter, who hails from Kafanchan, Kaduna State, and works as a food seller, said John usually asked the girls to bring food to his workplace in a take-away pack during which he took advantage of the girls.

She added that she was not aware of the incident, until when her daughters began to complain about back pain and headache. She noted that she also observed that her daughters’ private parts were slack.

She said, “I did not suspect that he was r*ping them… When they took the food to him, he would take them to a place and r*pe both of them. After satisfying himself, he would give them N200, and warn them not to say anything at home. He would threaten that he would harm them if they spoke up.

“Eventually, the two of them started to complain about headache and back pain. I was worried. On one occasion, I happened to be where the 11-year-old was taking her bath, and I observed that her private parts were slack as an adult’s. I was shocked, and I urged her to tell me what went wrong.

“That was when she opened up that it was John who had been sleeping with her and her sister. I rushed to the police station to make a report, but news had got to John that the girls had let out the matter, and he fled the area on the same day.

“But the police have assured us that he would be arrested. They told us to alert them anytime we set our eyes on him.”

“If Shatta Wale Rejoins VGMA, I Will Stop Managing Him And Go Into Farming”-Bullgod Says