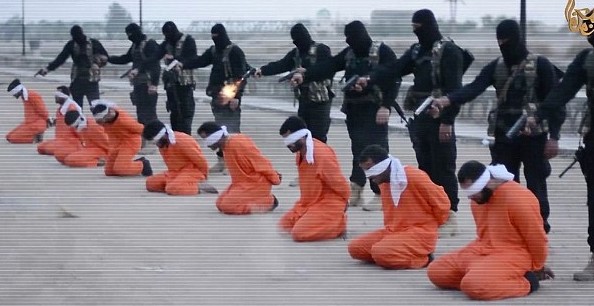 I wonder what these terrorists want to turn our world into; making human lives worthless, destroying all forms of civilization anywhere they go. Why can’t we all just live in peace and serve God the creator?

Following the unprecedented attack in France on Friday night, ISIS has vowed to show more strength with an attack on Russia ‘very soon’ and ‘make their wives concubines and their children slaves.

In the aftermath of the mass-casualty attack that killed over 125 innocent souls in Paris, ISIS has come out to claim responsibility and issue a threat statement, saying this is “the start of the storm.”

ISIS blame the attacks on the “idolatry” and “perversion” of the French people, and France’s aggressive participation in the Syrian conflict. 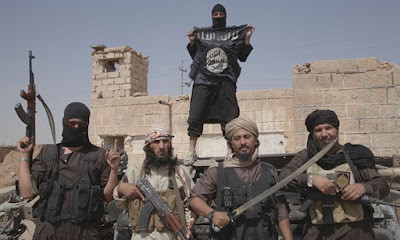 The Islamic State issued the statement in both French and Arabic, and it reads:

“In the name of the all merciful Allah – Allah the very Highest said ‘and they thought that their fortresses would defend them from Allah. But Allah came to them where they weren’t expecting it and struck terror into their hearts. He destroyed their dwellings by their own hands and the hands of believers.’

Here is a lesson, those of you who are gifted with clear sightedness. Chapter 59, Verse 2 (of the Koran). The soldiers of the caliphate, may Allah give them strength and victory, targeted the capital of abominations and perversion, the one that carries the banner of the cross in Europe, Paris.

A group split from life over here advanced towards their enemy, looking for death in the path of Allah, securing their religion, their Prophet, and wanting to humiliate their enemies. They have been truthful with Allah and we consider them as such, Allah conquered by his own hand, and put fear into the hearts of the crusaders in their own land.

Eight brothers wearing explosive belts and assault weapons targeted areas carefully chosen in the heart of the French capital. The French stadium, during a match of two crusaders countries French and Germany where the imbecile of France Francois Hollande was present, the bataclan where hundreds of idolaters participating in a party of perversity were assembled, in addition to other targets in the 10, 11 and 18 arrondissement – all simultaneously.

The ground of Paris trembled under their feet and its roads became too tight for them. The toll of this attack is a minimum of 200 crusaders killed and even more injured, the praise and honor belongs to Allah.

Allah helped his brothers and gave them what they hoped for (Martyrdom) – they set off their explosive belts in the middle of these infidels after having run out of ammunition. Allah will accept them amongst the martyrs and allows them to join him.

France and those who follow their path have to know that they will remain the principle targets of IS and will continue to smell the odour of death for having led this crusade, for having insulted our Prophet, for boasting about fighting Islam in France, for striking a blow against Muslims in the land of the Kalifate with their planes which has achieved nothing in the foul smelling streets of Paris.

This attack is only the start of the storm, and a warning for those who want to learn from their mistakes.”