It is good that this was not said by a man, because he would have been ‘crucified’ by feminists. The wife of the Zimbabwean president, Mrs Mugabe, who was speaking at a rally in the southern part of the country on Saturday, said ladies have no right to complain if they got rap*d while wearing mini-skirts.

The President’s wife say: “If you walk around wearing mini skirts displaying your thighs and inviting men to drool over you, then you want to complain when you have been raped?” 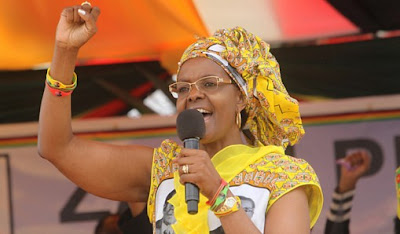 She was reported by the media as saying any lady who finds herself in such mess should keep her complain, saying “that is unfortunate because it will be your fault.”

Mrs. Mugabe’s bold opinions seem to be very different from that of some feminists out there who believe that a lady can even leave her home topless (anything a man can do) if she so desires. Lol!

Top government officials pressured Bagbin because of me – Asiedu Nketia