Sometimes your family members, the people you sleep and wake up with are your real enemies but you may not have the courage to admit the bitter truth that they are your problem until it’s too late. Sad!

This story has gone viral since it was shared online by a Facebook user. According to the poster, this woman based in London had been sending money home to her relatives to build house for her ..only for her to return home and discover that no piece of land was bought for her talk more of building a house in her name.

The Ghanaian lady, who could not stomach the betrayal considering the “things” she did to make the money was said to have gone insane almost immediately, as she dumped all her bags and started running, tearing her clothes and eventually went unclad. 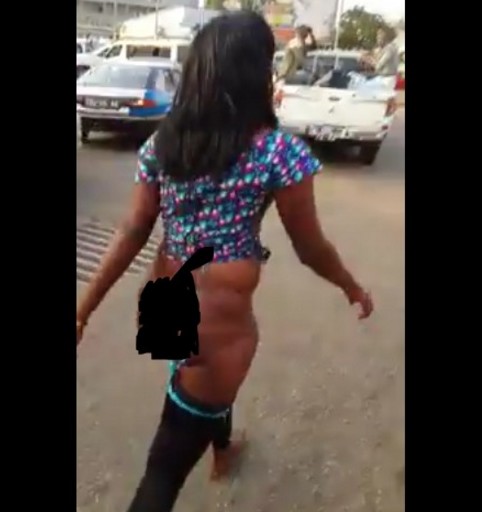 This unfortunate incident was said to have happened on Sunday, December 20, 2015. What a family!