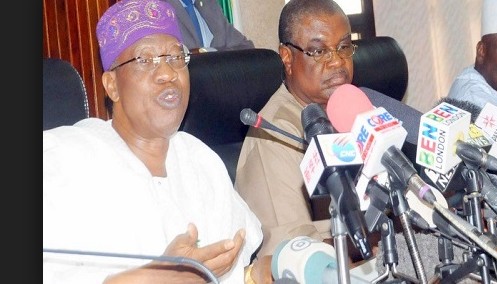 The politics of pull-him-down is on display at a trade fair craftily packaged to cast a dent on the good name and image of Alhaji Lai Mohammed, Nigeria’s Minister of Information and Culture.

If there is any doubt that Mohammed, the immediate past National Publicity Secretary of the All Progressives Congress (APC), has been pencilled down for an orchestrated campaign of calumny, recent events and the plethora of uncharitable and unwarranted attacks on his person by those who see him as a thorn in their flesh have obliterated all those doubts.

Mohammed, for the avoidance of doubt, is one of the very few Nigerians who meticulously and creditably performed what has variously been described as pure magic by presenting the then opposition party, APC, as a credible alternative to the then ruling party, PDP. Today, the APC is the governing party, and the PDP has not and probably will never forgive him.

The fact that the achievements of the man are still been talked about with relish and nostalgia is a testimony to his great feat that helped to decimate the PDP.

But pray, how can it be a crime that Mohammed played a pivotal role in changing the nature of politics and information management system in Nigeria?

Even in his new role as the Minister of Information and Culture, Mohammed’s exploits have not gone unnoticed. Realizing that one of the keys to successful democratic governance is to ensure effective and sustainable communication between the government and its citizens, the Minister started off by holding a series of consultations and interactive meetings with stakeholders in the information sector, including the Nigerian Guild of Editors (NGE), Nigeria Union of Journalists (NUJ), Nigeria Association of Women Journalists (NAWOJ), Broadcasting Organisation of Nigeria (BON), Radio and Television Theatre Workers Union (RATTAWU) and civil society organisations.

It is also remarkable that unlike the norm in this clime, the Minister has directed government-controlled media not to deny the opposition the opportunity to be heard. This is impressive, considering what some of these media establishments did to his party in its days in opposition.

Despite the daily attacks on the person of Mohammed, the good news is that Nigerians are so discerning that no one can deceive them. Much as they attempted to demonise the man before and during the last general elections, Nigerians sided with him by rewarding his party with their votes, which in turn propelled the party to power.

That explains why, despite the packaged and unrelenting media attacks against him, Mohammed’s hard-earned reputation remains rock solid, especially as he has also availed himself creditably in his new role as the country’s image maker.

It will, therefore, do the anti-Lai Mohammed drum beaters and their pay masters a lot of good if they could quickly realise the nullity of their actions and retrace their steps for good.

Thousands of empty sponsored write-ups would not suffice against an innocent man whose only offence is that he is part of a team that is assiduously working to lay the foundation of the rebirth of a new Nigeria.

Their latest past time is to blame Lai for rallying support for the military in the war against insurgency, yet it is on record that this military, which has been given a new lease of life by President Muhammadu Buhari, has successfully degraded the capacity of the Boko Haram insurgents to take over any part of the nation’s territory as against what was witnessed during the administration of former President Goodluck Jonathan.

Also, it is common knowledge that the insurgents, who at one time controlled territories in Borno, Yobe and Adamawa, have now been dislodged from their strongholds and sent fleeing.

Those who still believe in Nigeria and the ability of the present government to overcome the huge challenges facing the nation must not cede the space to the naysayers. They must tackle them the same way they did in the run-up to the elections that gave the APC victory. They must join hands with the Minister of Information and Culture to continuously work to bridge the information gap between the government and the citizenry, in the overall interest of the corporate existence of the country.

the writer is resident in Abuja

We must build a poetry community in Ghana