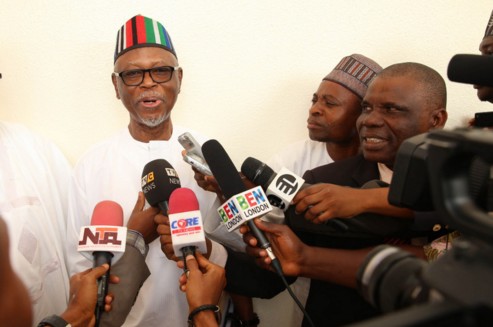 Peeved by the controversy surrounding his recent submission that there was no sacrifice too costly to make for the fidelity of the change mantra of APC, the party’s National Chairman, Chief John Odigie-Oyegun has said that his party was not ready to compromise its leadership of the Senate.

Oyegun had come under attack even from Kwara State chapter of APC for not support Bukola Saraki.


But in a chat with newsmen at the national secretariat of the party in Abuja, Odigie-Oyegun said:
“There were basically two points that I was making. First, as a party of change, we cannot interfere in a judicial process that is ongoing. That was clear.

“When they asked about the Senate, I said under no circumstance can we compromise on the Senate leadership. We are the majority party and the issue does not even really arise. Unfortunately the way it was put, the misinterpretation has been a little bit too intense.”