One of such accusation is from the Western Region as Members of New Patriotic Party in the Juaboso constituency have accused Deputy Minister of Lands and Natural Recourses and MP for Juaboso Kobina Minta-Akandor of unleashing terror and mayhem on his opponent in the constituency. 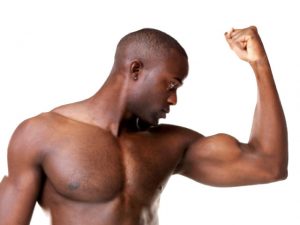 Speaking to Bright Kwesi Asempa on News and Current Affairs program Ghana Dadwen on Onua Fm, the Western Regional Communications Director of NPP Okatakyie Amankwah Afrifa has alleged that the incumbent MP of Juaboso is moving from one registration centre to another with well built men in his official vehicle visiting mayhem on supporters of his opponent in full glare of his Police escort.

According to the Western Regional Communication Director of the NPP, “we were there when Akandor came in his car with registration number GV 1 16, and three to five minutes after he left, some Macho men alighted from his car and pounced on our Parliamentary Candidate madam Martha Kwayie and two of our research officers and beat them mercilessly”

Okatakyie Amankwah Afrifa said because the Deputy Minister know he has lost touch with the constituents which is a sign of him losing in November 7, he decided to bus people from neighboring Ivory Coast to register and vote in the constituency. “Asempa ask him if he did not bring people across the border and camp them in his father’s hotel, over 200 of them to register, we will not allow that, Akandor and his thugs will not couch us into submission, we will resist his machinations in the Juaboso constituency and finally show him the door in November 7” the Western Regional Communications Director elaborated.

Giving evidence of the assault against the NPP Candidate, Okatakyie Amankwah Afrifa said anyone who needs evidence should go to Juaboso Police Station where madam Martha Kwayie reported the assault case and was subsequently given a hospital form.

Meanwhile in a sharp rebuttal, Deputy Minister of Lands and Natural Recourses and MP for Juaboso Kobina Minta-Akandor has denied all the allegations leveled against him describing them as frivolous and a calculated attempt by his detractors to drag his name into the mud. “I don’t know why the NPP is so desperate and doing everything to win power at all cost, upon what provocation will I order and supervise attack on Madam Martha Kwayie, my detractors are engaging on a smear campaign against me, why should I do all that the young man is alleging on your station” he quizzed.

He maintained that, just like any official, he goes round the registration centers in the Juaboso constituency to monitor the process and if he is unhappy about something, he brings it to the attention of the EC ofiicials, but not to go round attacking people. “Asempa what will be the reason of bringing foreigners into the country to register, ask the NPP, don’t they have a known Ivorian as their polling agent” the deputy minister added.

He however refuted allegations that the said hotel where supposed over 200 Ivoirians were lodging belong to his father.