Two pilots were killed as a Cobra helicopter crashed due to technical breakdown when the vehicle was dispatched for support to the security forces that were in clashes with the PKK militants at the Cigli military base in Hakkari’s Cukurca district. 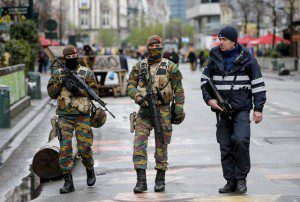 Seven wounded soldiers have been taken to military hospital, said the statement adding that the clashes still continue. Six PKK militants were killed in operations.

The Turkish security forces launched a large-scale operation against the PKK militants who escaped from the bombing scene, said the report.

On late Thursday, 4 suspected PKK bombmakers were killed and more than 20 injured while loading explosives onto a truck in southeastern Diyarbakir province, according to Interior ministry.

On Thursday a separate blast targeting the military in Istanbul province wounded eight.

Since a two-year cease-fire between the government and the PKK disintegrated last July, Turkish security forces have launched major campaigns against the PKK in southeast Turkey, leaving over 450 government soldiers and over 3,700 PKK members dead.

The PKK, waging a separatist war against Turkey since 1984, is listed as a terrorist organization by Turkey, the United States and the European Union. Endit

All About NPP’s Charles Bissue: His Appointment by H. E Nana Addo, His Marriage, His Brawl. PICS