At a ceremony marking International Day Against Homophobia, Pena Nieto said he signed an initiative to make marriage between same-sex couples legal throughout the country, according to the daily Excelsior. (Mexic-Gay Marriage)
– – – – 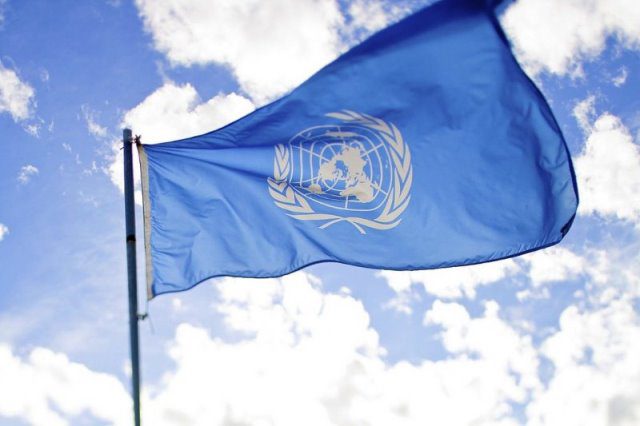 United NationsUNITED NATIONS — Thirty-nine of the 44 allegations involve uniformed personnel in the UN peacekeepers in the Central African Republic and other countries, such as Haiti, South Sudan and Cote d’Viore, a UN spokesman said here on Tuesday.

Stephane Dujarric was updating on how the United Nations has been handling allegations of sexual exploitation and abuse in peacekeeping operations and special political missions. (UN-Peacekeeping)
– – – –

UNITED NATIONS — Over 7.6 million people in Yemen are severely food insecure and are in dire need of assistance, said a UN official here on Tuesday.

However, the UN’s appeal for 1.8 billion U.S. dollars to reach over 13 million Yemenis this year is underfunded at only 16 percent, said John Ging, director of operations of the UN Office for the Coordination of Humanitarian Affairs who just came back from Yemen. (UN-Yemen-Humanitarian Situation)
– – – –

DAMASCUS — While world powers were meeting in Vienna to put the Syrian peace process back on track, as violence continued in Syria, with Syrian army engaged in intense battles against the rebel groups on several fronts on Tuesday.

Under the co-chairmanship of the United States and Russia, the fifth International Syria Support Group ministerial meeting is being held in Vienna, Austria, to discuss the enhancement of a nationwide cessation of hostilities in war-ravaged Syria. (Syria-Talks)

WASHINGTON — The U.S. Senate on Tuesday approved legislation that would allow victims of the Sept. 11 terror attacks of 2001 to sue Saudi Arabia, U.S. media reported.

The bill, which was passed by a unanimous consent, would allow victims of terror attacks on U.S. soil or surviving family members to bring lawsuits against nation-states for activities supporting terrorism. The legislation will now head to the House of Representatives. (U.S.-Saudi Arabia-Bill) Enditem

Gladson Awako will fail to excel at Hearts of Oak

UPDATE! Autopsy Shows Ronke Shonde Was NOT Beaten To Death By Her Husband
Borehole sensors to boost water management in N. Kenya
Comment