Gbevlo-Lartey had demolished a toll booth that was under construction at the Okponglo end of the university campus. 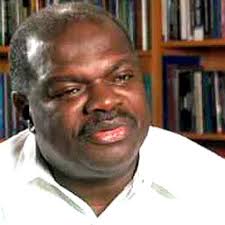 The former National Security Coordinator had in 2014 caused the demolishing of the University of Ghana, Legon toll booth which was then under construction at the Okponglo end of the university campus.

According to him, it was forced to demolish the structures after warnings for the university authorities to relocate them fell on deaf ears given the nuisance and discomfort the activities of the toll collectors were causing to the motoring public.

Speaking on Starr Chart program, Prof. Aryeetey said he was not in the position to tell the President what to do or not do, “but I would have been very happy if he’d reprimanded the National Security Boss for the lawlessness.”

“For one to stop a University from doing what was lawful, legitimate, sensible, and good in any way was for me unacceptable, he noted, adding he was extremely disappointed in the system that allowed it to happen.’ he said.

According to him, he feels saddened by the ‘seeming’ broken system in the country, and those in authority could flout the laws with impunity.