Syrian refugees in Turkey are contributing to the economy of their host country in their own ways. 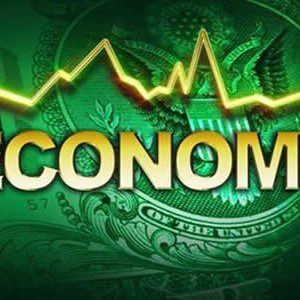 economyOut of 10 newly-established foreign firms in Turkey, three are owned by the Syrians, according to data released by the Chambers and Commodity Exchanges Union of Turkey.

As of June 2015, the number of Syrian firms stood at 2,827 across Turkey, noted a report titled “Perspective, Expectations and Suggestions of the Turkish Business Sector on Syrians in Turkey” prepared by academicians.

More than 60 percent of the firms are registered with the chambers of commerce and industry in Istanbul, the report said.

Experts, however, argued that the real figure could hit 10,000 when the unregistered ones are included.

The deposits by the Syrian refugees in Turkish banks surpassed 408 million U.S. dollars in the first quarter of this year, showed data released by the Banking Regulation and Supervision Agency.

Some three million Syrians have fled to Turkey since Syria was plunged into chaos in 2011.

According to experts, there are signs that the refugees are getting out of the “survival phase” as their immediate needs for food and shelter are being met.

“It has been five years since the first wave of refugees became a part of our daily lives,” said Ufuk Sanli, an economist and expert on the Middle East economy.

“During the first years of the war, there was a deep despair among the Syrian refugees,” he said. “But now after five years, their hopes have already withered and they are trying to build new lives in Turkey from the scratch.”

Sanli noted that those who brought cash with them have started to earn “considerable” money.

Most of the newly-opened Syrian companies are small-and medium-sized enterprises like restaurants and shops selling groceries and carpets.

In the view of Oytun Orhan, an analyst with the Center for Middle Eastern Strategic Studies, some business owners and investors, especially those from Syria’s northwestern city of Aleppo, are helping Turkey’s exports by means of counterbalancing sharp falls effected by the Syrian conflict.

“These people know the Middle East very well and contribute to the distribution of Turkish products in the region,” explained Orhan.

“As there are still lots of uncertainties about the status of refugees and their legal rights, such as residence permit, it is no surprise that most refugees still prefer to keep their wealth close ‘under the mattress’ in U.S. dollars or gold,” added Sanli.

In his view, total cash assets of the refugees in Turkey are expected to be five times more than the amount deposited in banks.

“Currently in Turkey there are almost no new industrial investments, tourism has stalled drastically following the terrorist attacks and strained international relations with neighbors,” he noted.

Beating expectations, Turkey’s economy grew by 5.7 percent in the last quarter of 2015, a rate only less than those of Malta and Iceland in Europe.

Turkey’s overall growth rate for 2015 was four percent, while the economy grew at a rate of 4.8 percent in the first quarter of this year.

Some economists believe the Syrian refugees have played an important part in boosting consumption as it became the driving force of the economy.

Others, however, do not agree.

For Alp Aksudogan, a financial consultant, the contribution of the Syrian refugees to Turkey’s economy is “negligible.”

“Turkey has 800 billion dollars of GDP, so three million refugees do have a negligible impact on the economy,” he said.

He argued that the wealth of the refugees is not significant as the wealthy ones, the educated ones and those who may have done certain contributions to Turkey’s economy are not in the country.

“They already left for Germany and the United Kingdom,” he added.

Other analysts pointed to the negative impacts left by refugees on the Turkish economy, citing the increase in rental prices and high unemployment rate among Turks.

“We also shouldn’t underestimate the fact that Turkey has spent over 10 billion dollars for the refugees without getting any foreign help,” Orhan said.

In Aksudogan’s view, Turkey will carry the burden of refugees on its shoulder for at least one or two generations. “Only after that we can speak about their contributions,” he added. Enditem

Universities in Ghana applauds China’s efforts in education and health