The meeting brought together researchers, policy makers and other stakeholders in the field of research, to look at the theme: “Harnessing Malaria Research in the University of Ghana Towards National Development.” 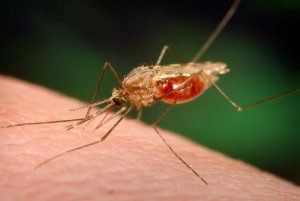 Topics to be discussed include; the complex interplay of malaria immunity and pathogenesis, studies on parasite invasion mechanisms towards vaccine development, therapeutic efficacy of Anti-malaria drugs for uncomplicated malaria, transmission and vector studies, drug development and drug resistance, as well as the impact of the disease on socio-economic and health systems.

Professor Ernest Aryittey, the Vice-Chancellor of the University of Ghana, at the opening session in Accra, said the Centre was established in response to the University’s drive to become a research Institution, and also to push forward its agenda of providing a source for needed data to control and eliminate the disease locally and within the Sub-region.

He said a Malaria Research Working Group has been formed to lead the centre to harness all malaria investigations being carried out in the University, and also to carry out cutting edge studies in all aspects of the disease, with the vision of building a Centre of Excellence for malaria research.

READ ALSO:   National Conference Of NPP In Tamale In Memory Of Aliu Mahama

Dr Owen Kaluwa, the WHO Country Representative, malaria prevention and control has been a priority to the Organisation within the context of the Millennium Development Goals, and currently the Sustainable Development Goals with the vision to end the epidemic by 2030.

He said the current WHO Global Technical Strategy for Malaria for 2016 to 2030, was to ensure universal access to malaria prevention, diagnosis and treatment; accelerating action towards elimination; and turning the disease surveillance into a core intervention.

“As we move into the era of accelerated control and elimination of malaria, we will need research to inform and refine our interventions,” adding that through research efforts the WHO has been able to improve on existing interventions and develop new approaches for preventing, diagnosing, treating and controlling diseases including malaria”.

Dr Kaluwa commended the University of Ghana for the tremendous work in research, but expressed worry about how to translate these research outcomes into action to effect the needed change.

READ ALSO:   Chelsea 'Have To Take Another Decision' If Not Happy, Says Conte

He said harnessing innovation and expanding research requires the availability of new tools such as effective medicines, new combinations of medicines, improved diagnostics, new vaccines, new insecticides and other improved vector control tools, within the lifetime of any research strategy.

He said until new tools are available, programmes should undertake implementation research to refine approaches to applying existing interventions most effectively and efficiently in local contexts, while studies should also be designed to provide results of sufficient quality to for evidence for policy recommendations.

He affirmed the WHO’s continuous commitment and support towards shaping the research agenda and stimulating the generation, translation and dissemination of valuable knowledge.

Dr Keziah Malm, the Deputy Programmes Manager of the National Malaria Control Programme called for strengthened collaboration between stakeholders and development partners, improvement in internal funding support to complement that which comes from the Global Fund, as well as political commitment towards the various interventions in place.

She also called for improved attitudes towards the environment and proper sanitation practices in order to sustain the gains made so far in reducing morbidity and mortality rates resulting from malaria.

She said the malaria burden remains high and account for about 38 per cent of Out Patient attendance, 27 per cent of Inpatients and seven per cent of deaths, most of whom were children, but the situation would have been worse without the contribution of research.

According to her interventions such as the mass distribution of Insecticide Treated bed nets, indoor residual spraying, intermittent preventive treatment for pregnant women, mass education on personal protective measures, diagnosis and treatment, were some of the effective strategies, leading to current reductions in morbidity and mortality rates.

Dr Malm said the nation cannot be complacent about our achievements, and relax “otherwise we can have a relapse which may defeat the gains made so far,” she said.

Ajagurajah: Whoever breaks a woman’s virginity owes that woman till Eternity