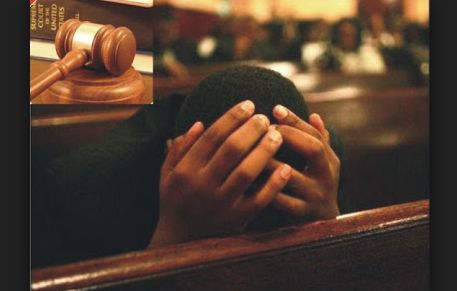 A 40yrs old man, Lucky Idahosa has been sentenced to 14 years imprisonment by an Egor Chief Magistrates’ Court in Benin City, Edo State, for defiling his 17-year-old daughter.

The Chief Magistrate, Igho Braimah, jailed the accused after he pleaded guilty to the charge.

The father had in the plea confessed that he committed the act for money ritual.

The teenage girl had told the court that her father gave her concoction, which made her unconscious before he committed the act. She added that he then warned her not to mention it to anyone.

Judge Braimah said that no matter what a father considered opportunity to become rich, he should not yield to the temptation of nursing idea of having canal knowledge of “his blood”, let alone “doing it”.

Consequently, she sentenced the accused to 14 years jail term.

READ ALSO:   Kaya Scodelario To Star In ‘Pirates Of The Carribean 5′

LOL! This Babe Is Looking For A Serious Boyfriend
Leave Us To Get Married
Comment