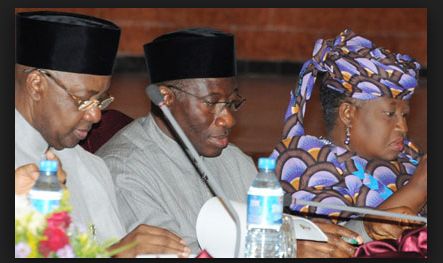 A former special adviser on SURE-P to the former governor Ibrahim Shema of Katsina State, Nasiru Ingawa, has said that part of the State SURE-P funds were used for campaign for the 2015 election.

Ingawa disclosed this in Katsina on cross-examination before the Katsina State Judicial Commission of Inquiry chaired by Justice Muhammad Surajo.

Ingawa told the commission that

a total of N5.7 billion was withdrawn in cash and he was among the signatories to SURE-P accounts during the period in the state.

He said, “Shema used to tell me: ‘Nasiru, bring the money I approved for you in a memo to my house in the night, we are going to use it for politics‘.”

According to him, the former governor made it clear that “All purchases in the department will be made directly and in cash without going through the tenders’ board”.

He said the former governor would instruct him to take the cash directly to the permanent secretary, Government House.

Mr. Ingawa told the commission that he had always warned the ex-governor against bypassing the tenders board.

He also explained that some of the SURE-P programmes were partially implemented while others were not implemented at all.

He cited an example of the empowerment programme in which cash was to be given to 200 indigents in each local government area of the state as one of those partially implemented programmes.

He, however, noted that the actual amount given to each person was N20,000.

The judicial commission was set up by Gov. Aminu Masari to investigate alleged misappropriation of SURE-P funds.

Former President Jonathan had on February 13, 2012, established the Subsidy Reinvestment and Empowerment Programme [SURE-P] to ensure proper management of the funds that accrued to the Federal Government from the partial withdrawal of subsidy.

But the programme, which accumulated and disbursed several billions, was dogged by corruption, political manipulation and “outright stealing”.