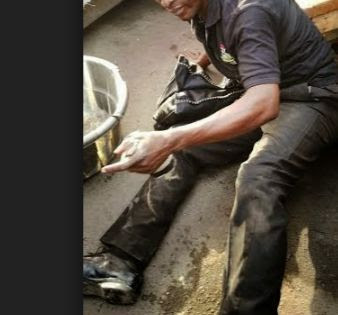 Confusion broke out in Benue State early last month when a certain Mobile Police officer identified as Corporal Terfa, attached to a checkpoint in Zaki Biam area of the state allegedly opened up fire on a driver and his passengers simply because the driver refused to exchange pleasantries with him.

According to Idoma Voice, although no life was lost, a kid was said to have sustained bullet wounds during the unfortunate incident.

Narrating the incident, an eyewitness, Saror Sekav, said, “Our police are funny atime. Today, I saw the worst cadre. A policeman stopped us at a checkpoint in Zaki Biam and ordered us out of the car on the grounds that our driver was fond of not greeting him.

“We and the driver begged that he should let us go but he refused. We thought he was joking until when he turned down his superior’s order to allow us leave.”

The child was rushed to the hospital.
READ ALSO:   Stigma Is A Problem For HIV Positive Teachers