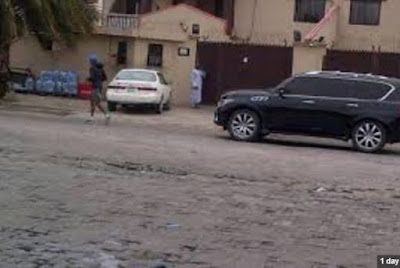 The three landlords at Oshorun Heritage Estate Isheri Lagos and their trainer kidnapped last Saturday on Channels Avenue have been freed.

Dr. Omololu Bello, Kennedy Ucheagwu, Fidelis Esang and their trainer Coach Oni were whisked away by gunmen in military camouflages while on routine exercise near Lekki Gardens Estate.

Initially, the gunmen demanded N300million as ransom for each of them but the amount was later reduced to N20m. Police have tracked the guys and their messenger identified as “Mary”, from the telephone number they used in contacting victims’ relatives.

The Nation reports that security would have rescued the victims two days after the abduction, but had hitches as the kidnappers were also changing their location.

Spokesman for the Estate Association who confirmed the release of the victims, said they got home at the wee hours of Friday.
“We thank God. They have been released. They got home late. I don’t have much details now.”
READ ALSO:   Profile of the Chief Justice