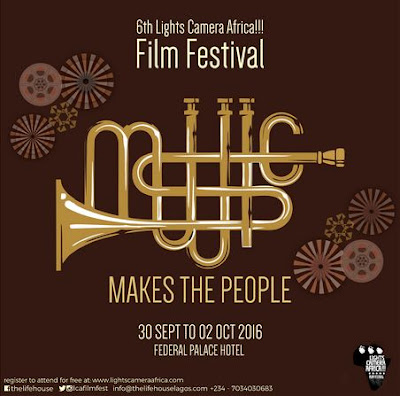 The festival will kick off with the worldwide premiere of Toronto International Film Festival selected Green White Green by Abba Makama followed by a line up of other exciting films.

This year’s edition will feature 23 independent films from over 14 countries, assuring everyone that there will be at least a film for them.

Guests can also look forward to sparkling refreshment from the Catuma bar on opening night
and daily live music showcases, talks and networking. The festival has also planned a few surprise additions – an outdoor art and sound installation as well as an indoor play prop that should make musically inclined guests very very happy.

Cheers to great film, great music, great people and everything in between.
… let the countdown begin.

All You Need To Know About Polycarp Otieno’s ‘Made In Kenya’ Guitar Line
#EdoDecides: Build On Oshiomhole’s Legacies, Yahaya Bello Charges Obaseki
Comment