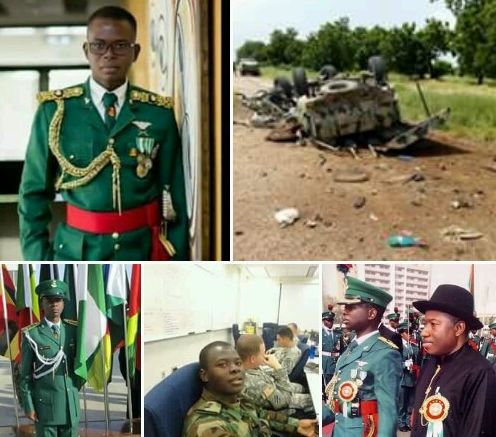 This is sad! Major Erasmus lost his life during anti-Boko Haram military operation in Borno state.

His friend, Raphael Edem, mourns the untimely demise of the gallant officer:

“The most painful goodbyes are the ones that are never said and never explained. May God rest your soul and may your ultimate sacrifice not be in vain.”
Edem, who is a media aide to Governor Udom Emmanuel, poured out his heart regarding the loss of his friend and a Nigerian hero in his own right. According to Edem, Major Erasmus was at one time the Second-in-Command at the Nigerian Army Brigade in Ibagwa, Abak area of Akwa Ibom state, until he was posted to Maiduguri, some months ago, to join troops in the eye of the storm, where the Boko Haram war raged the most. His words: 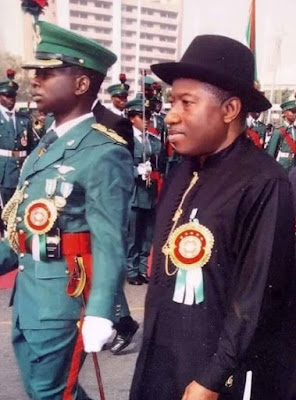 ‘Today, I am immensely sad. Today, I have lost a friend. Today, I will just let these tears flow, in the knowledge that I can’t do much more. I met Major Erasmus in January this year. We were preparing for the annual ritual of the Armed Forces Remembrance Day. He was the 2/ic at the Brigade in Ibagwa and was coordinating the activities and introducing me to the nuances of military parades and traditions. Friendly, welcoming, affable, very polite, ever-smiling and soft spoken. It was difficult to believe that this young man of about my age, with a baby face and an innocent, almost clerical demeanor was an army officer. I don’t think I have ever met a more friendly and gentlemanly officer!

We struck and instant bond and kept in touch after the ceremonies. He was very intelligent, well schooled within and outside the country where he shone like a millions stars, and going by the testimony of his colleagues that I got to meet at different times, he was an excellent officer who was very professional and good at his job. He invited me to the tombola night at Ibagwa, and we kept in touch despite his frequent trips to Kaduna to finalize his Masters degree programme. Anybody who met him while not in uniform would be hard pressed to believe he was a military man, let alone an army officer.

He told me about his transfer to Maiduguri, but my apprehension about that posting was tempered by the Government’s assurances that Boko Haram had been routed in the North East. Erasmus assured me that we will get to see sometime soon. Alas! That is not going to happen as I woke this morning to the tragic news that he had been killed by an ambush in Maiduguri. And that is how we have lost this young, fresh-faced, bachelor officer. Today, the enormity of the task and sacrifices made by our armed forces stares me in he face. The career path they have chosen is something everyone should respect and appreciate.

Adieu Major Erasmus, Adieu my friend! Adieu officer and gentleman par excellence. The most painful goodbyes are the ones that are never said and never explained. May God rest your soul and may your ultimate sacrifice not be in vain!”

Kasoa ritual killing: Family of murdered boy disappointed that age issue of one of the suspects not resolved