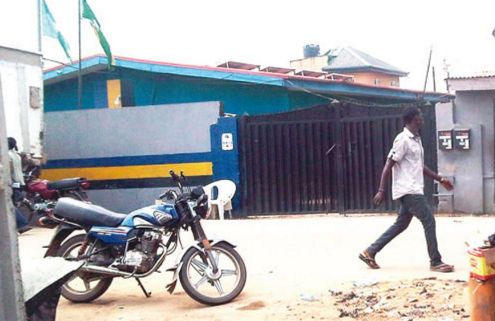 The Police in Ogun State have arrested a 37-year-old man, Rasak Adekoya, for allegedly beating his 10-year-old son to death in the Ago Iwoye area of the state.

It was gathered that Mr Adekoya was arrested on Tuesday by Ago Iwoye Police Division. A source said that the deceased, Waris, had been allegedly tortured by his father on several occasions.

Some community leaders had warned him against the act, but the torture allegedly did not abate.

He said, “Members of the community, where the suspect lived, gave police a tip-off. The community accused the man of subjecting the boy to excessive beating.

“Preliminary investigation revealed several marks on the body of the deceased boy as a result of series of torture from the suspect. The corpse has been deposited at St. Joseph Catholic Hospital Mortuary, Oke-Agbo, Ijebu Igbo.

“CP Iliyasu has ordered that the suspect be transferred to the Homicide Section of the Criminal Investigation and Intelligence Department, Abeokuta, for further investigation.”

Ghana’s Juliet Bawuah Gets CAF Panel Appointment
Dogara, Others To Be Taken Up By EFCC Over Budget Fraud
Comment