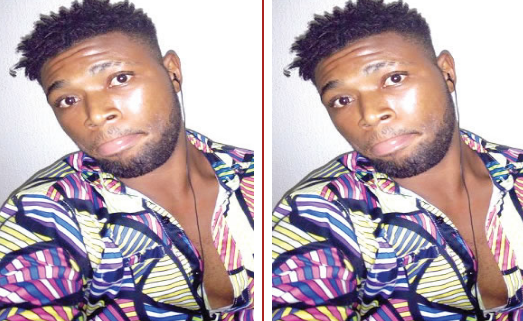 The craze by guys to want to sleep with any lady they are having a transaction or interaction with…if a lady is being friendly with you or doing business with you, the next thing is s*x. Hmmmm!

Sadly, the young man above is the latest victim of this mess. He’s a mobile phone software marketer. He was found dead in a hotel room in Ovwian area of Delta State after allegedly taking one of his female customers who could not pay for the job he did on her phone to a hotel for s*x.

The guy, identified as Nelson Eni Millz operating at Robinson Plaza along Deco road in Warri, was said to have requested that the female customer ‘pay in kind’ since she could not pay the entire fee.

According to SCN, the incident happened last Thursday at Treasure Land Hotel in Ovwian where the victim had lodged with the female customer identified as Helen Obiogu.

Conflicting reports had it that the Nelson slumped and died while having rounds of s*x with Helen, but another account had it that he died from poisoning.

A source at Robinson Plaza, where the lady suspect had gone to purchase the mobile phone said that Helen was at the phone plaza last Wednesday to buy a handset and download music and applications, but was left with N5,000 after buying the phone.

It was said that Helen, who is now in police custody, pleaded with late Nelson to let her go and come back another day to complete the payment but he had refused and insisted she met him in a hotel.

Nelson, in his late 20s, left behind two kids.

READ ALSO:   We Don't Know How Many Oil Blocks Are In Nigeria

A staff at Treasure Land Hotel said Helen had almost fled from the hotel when she was arrested by the hotel security guards on duty.

The security guards had noticed that she was crying and was in a haste to leave the premises.