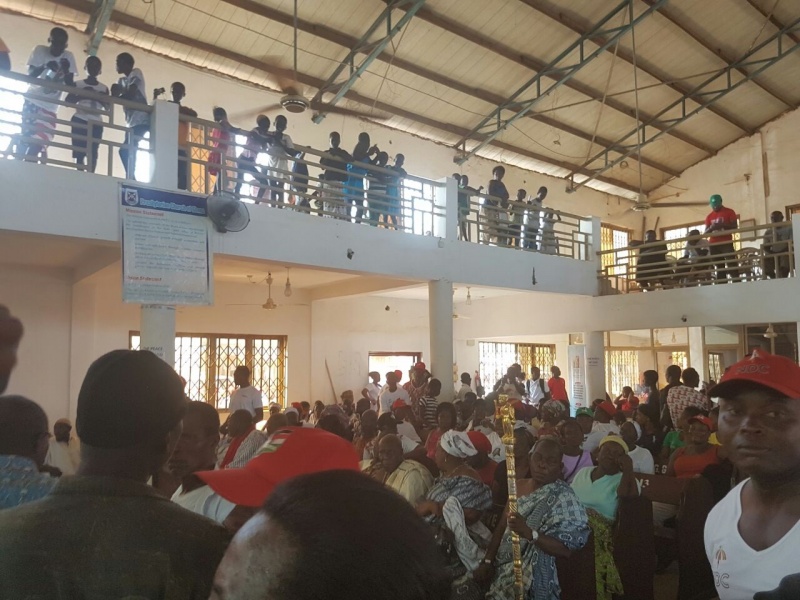 There was total pandemonium as organisers of the Weija-Gbawe constituency parliamentary debate clashed over who owns the event.

The National Commission for Civic Education (NCCE) accused the Coalition for Domestic Elections Observers (CODEO) and the Centre for Democratic Development (CDD-Ghana) of trying to hijack the event by placing their backdrop on the stage.

The confusion dragged for well over an hour as the Angel Kabonu-led CODEO/CDD and Lucil Annan’s NCCE engaged in altercation for supremacy over the debate as traditional leaders, the media and party supporters looked on.

Mr. Kabonu accused the NCCE regional director (Annan) of “having a different interpretation of the collaboration” between them and CODEO-CDD, claiming she wants “to superimpose and claim ownership of the programme.” 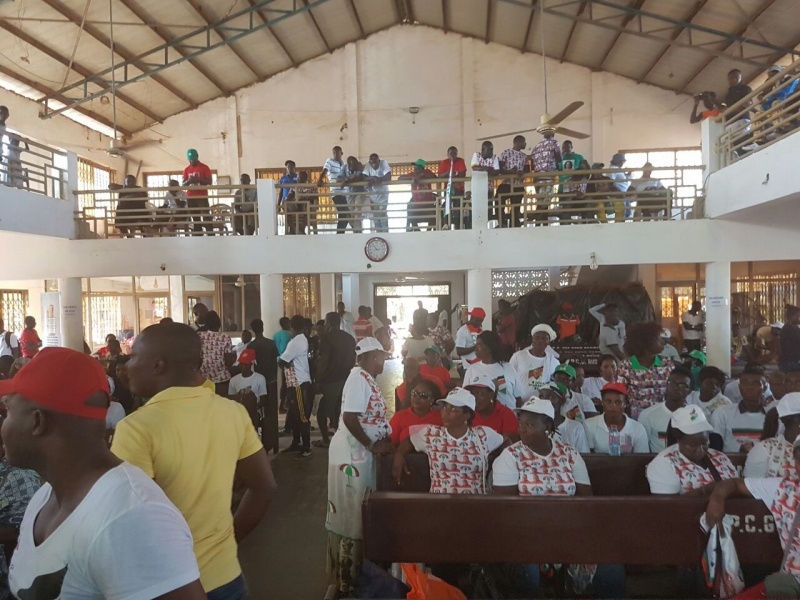 “Unfortunately, we’ll have to go back to the drawing table, re-organise ourselves and conduct the parliamentary debate in other constituencies. We apologise to all and sundry for the disappointment.

“I thought it was a collaboration and the final objective is to entrench democracy… it looks as if the regional director is not well informed about the arrangement,” Mr. Kabonu addressed the media.

On her part, Mrs. Annan insisted she was following specific instructions given to her prior to the event and will not budge to any pressure.

NPP no show
The New Patriotic Party (NPP) parliamentary aspirant for Weija-Gbawe constituency Tina Mensah did not show up at the event. It was only the ruling National Democratic Congress’ aspirant Obuobia Darko-Opoku who was present with her supporters.

After hours of waiting the debate was called off.