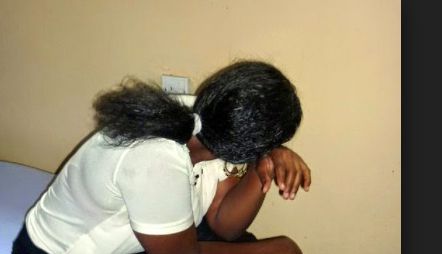 It’s not like the man forced the married lady to his house and sleep with him, she did it intentionally.

A transporter, Ikechukwu Onyia, 48, was on Monday arraigned before a Enugu High Court judge for allegedly r*ping another man’s wife.

Onyia was earlier brought before an Enugu South Magistrates’ Court for forcefully having carnal advantage of another man’s wife.

He was subsequently granted bail and the case transferred to the high court for trial.

The man said that on September 20, 2012, his female friend of more than three years [now married] called him to pick her at the motor park with his car and that they later went to his house together.

He said, “After staying with me in my house, she told me her problem and I gave her some money, dropped her at a bus stop and went my way.”

“I took them with my car to the police station and the man was threatening me that I will not go scot free for sleeping with his wife. I told the man that I have been befriending the woman for a long time and she never told me that she was married.”

He said that he was granted bail at Udi but the complainant reported the matter to the State Criminal Investigation Department where he was arrested and charged to court [again].

According to NAN, the presiding Judge, Mrs Catherine Nwobodo, adjourned the matter till Jan. 23, 2017 for adoption of written addresses. The case is just dragging in court.