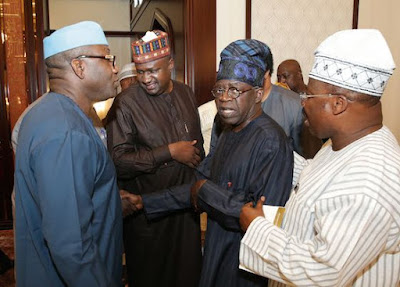 There are strong indications that a gale of defection will soon hit the All Progressives Congress (APC), in the South-West.

It was said that many members of the APC, who are loyal to the national leader of the party, Asiwaju Bola Tinubu, are awaiting his directive before leaving the ruling party.

High-profile meetings of politicians across parties were being held discreetly to fine-tune strategies for the emergence of an alternative political platform to fight for power come 2019.

According to Punch, governors and lawmakers, especially senators from the South-West, are said to have intensified consultations to ensure that they are not used and dumped in the next dispensation.

Speaking with Punch, Akanbi said some of those, who were part of the formation of the APC, and who had become uncomfortable with the turnout of events after the party attained power, might be considering their options.

He said, “You know that ambition can drive people and a lot of people, when it comes to amalgamation like that of the APC, some people may feel cheated and may not be happy with the outcome of the whole thing. It is normal.

“There is no way you can form a new party in a room. Nigerians should not be too eager to see the outcome of such (secret and closed-door) meetings because they are still coming out to the public to canvass for support. Let us all wait and see.”

In a veiled reference to Tinubu, he said, “Personally, someone like me is a committed member of the APC and I still have my leader.

“Politics is about the grass roots. You have to know what your people want before you can decide on what to do. I am from the South-West and we have a way of doing our thing. We still have a leader.”

Akanbi, who declined to name names, insisted that the people of the South-West had their way of responding to political challenges when they occurred, adding that the decision of the leader, most often than not, was in line with the popular wish of the people of the geo-political zone.

He said, “I have not mentioned any name but whatever it is, it is going to be a collective decision. Personally, I am an advocate of regional integration. When I say regional, I am particular about the South-West, where I come from.”

The recently suspended Deputy National Publicity Secretary of the APC, Timi Frank had also hinted that an alternative political platform was in the offing, which might emerge in the political space.

“I say this without fear of contradiction; major political re-alignments are going on in this country.”