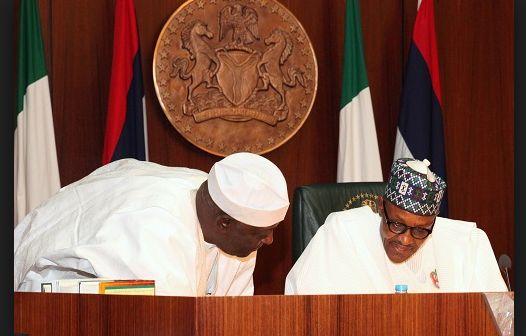 The Senior Special Assistant to the President on Media and Publicity, Garba Shehu, stated this in a two-paragraph statement.

Shehu said any of the government official found guilty of the allegations levelled against them would not escape prosecution.

The statement read, “The attention of the Presidency has been drawn to a number of reports in the media, in which various accusations of corruption have been levelled against some top officials in the administration.

“In that regard, President Buhari has instructed the Attorney General of the Federation to investigate the involvement of any top government official accused of any wrongdoing. If any of them are liable, they will not escape prosecution.”

Top government officials who have been accused of corruption so far, included the SGF, the Chief of Staff to the President, Abba Kyari; and the acting Chairman of the EFCC, Ibrahim Magu.

READ ALSO:   This Woman Is Looking For Another Wife For Her Husband, Reason Will Shock You

Meanwhile, a human rights lawyer, Mr. Femi Falana (SAN), has called on President Buhari to fulfill his vow not to protect sacred cows in his government.

The days ahead will tell how far things would go.

Who Leads NPP to 2024 Victory, Gets Interesting as Others Join The Race for Party’s Leadership! PICS

KSM Show: I become a Christian through Florence Yeboah when I was at Nfantsipim – Tsatsu Tsikata

The Wait Is Over: This Is Why Tema West Cannot Stop Voting For Carlos Ahenkora Despite Everything