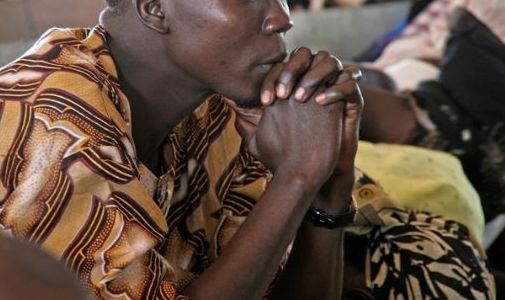 Dare-devil armed robbers stormed the Redeemed Christian Church of God, Madalla in the outskirts of Abuja on Christmas Eve, truncating their celebration by carting away musical equipment worth millions of Naira slated for use during the event.

The church, located in Madalla New site, was beautifully decorated by its members in preparation for a night of songs and dances before men of underworld stormed the church.

The robbers, New Telegraph reports, broke into the well-decorated church hall and made away with the entire music instrument estimated to cost over N3 million.

The robbers, who removed the protective iron rods and burglary proofs at the entrance of the Church, did not spare any item in sight.

A frontline member of the church who confirmed the robbery, said the incident had been formally reported at the Madalla Police Station.

READ ALSO:   Mahama to swear in new ECOWAS judges
“We were fully prepared in anticipation to uniquely celebrate the Christmas with a bashing Christmas Carol. Our members had painstakingly rehearsed with our music instrument, good ones they were.

“The church premises renovated, decorated with colorful ribbons as part of preparation for a befitting Christmas. The dream was almost aborted by midnight robbers who, in the wee hours, burgled the church and went with the entire music instruments.

Not a single item was left. The only microphone spared by their filthy hands was the one kept in daddy’s office.

“I guess it was spared due to oversight. Every other item connected to music was taken away, though no cash was stolen because as a rule, we don’t keep cash in premises”, he said.

Asked if the musical fiesta had been put on hold because of the incident, he answered in the negative.
According to him, the night of carols will still hold but the choir will sing with their natural voices, adding that aborting the event would be like succumbing to the acts of the devil.