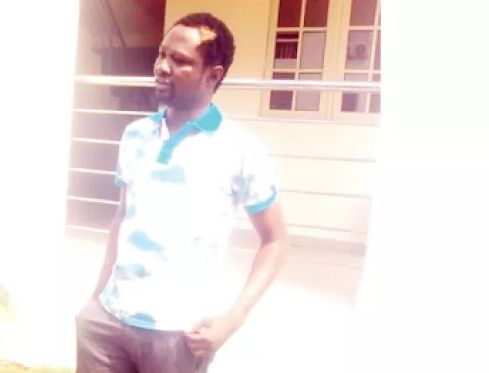 According to police, the suspect defrauded JI Chu Industries Nigeria Limited of the said amount.

When police stormed the man’s home at Magodo, Lagos, a fully equipped shrine was discovered.

The suspect, however, denied ever defrauding the Chinese company. He said the business between him and the company was just a forex business that went wrong.

He said that he needed between three to four months to sort everything out, from the UK end of the transaction. He said things started going back at the UK end of the business, when UK government alleged that the money could be one of money laundry. He said that to show good faith, he had already raised N60million, which he gave to the Chinese company.

READ ALSO:   Here Is The Video Of Governor Joho Confronting GSU Officers After Being Blocked From Entering President Uhuru’s Event

The PSFU spokesman, an Assistant Superintendent of Police (ASP), Lawal Audu, said that trouble started for Saheed after PSFU received a petition from Akande and Akannde Chambers, on behalf of her clients, JI Chu Industries.

The company manufactures foot wears and is located at Ejigbo, Lagos.

Audu said: “The petitioner alleged that one Saheed Audulahi aka Ibile, who operates business name BMTC Logistics, obtained the sum of N165, 480,000 on the pretext of transferring the sum of 400,000 dollars to JI Chus’ business partner in China. As soon as the suspect received the said sum, he generated a fake telex transfer slip and gave same to the complainant as a proof of transfer of the money to China.”

The police image maker further explained that when the complainant received the telex, he contacted his business partner, who said he didn’t receive any money.

“It was at this point the complainant realised he had been swindled by the suspect, hence the petition,” said Audu.

It was said that detectives from PSFU embarked on an extensive intelligence gathering and tracking which paid off. The suspect was alleged to have been arrested at his hideout in Magodo Phase II, Lagos on December 17, 2016.

Audu noted: “The suspect’s arrest was highly dramatic as he seemed fully prepared to prevent policemen from gaining access into his home. When police got into his home, they made a shocking discovery of fully equipped juju shrine, which is believed to be a powerful tool for deceiving his victims. Various incriminating items, such as 30 international passports, four cars, supposedly bought with the proceeds of the fraud, different forged certificates purportedly authorising him to recruit students from Nigeria to institutions abroad; American College Certificate of Authorisation, Certificate of Authorisation by College of Tourism and Hotel Management, MKC City College Authorisation Certificate, Nicosia, Cyprus.”

The police said that further investigations revealed that the suspect was involved in numerous criminal activities, ranging from illegal bank transfers, hacking and visa racketeering and insurance of fake foreign academic certificates.

READ ALSO:   This culturally-offensive billboard must be removed

“It’s also worthy of note that the latest fraudulent trick of this forex scammers is pretentiously paying back little amount from the whole sum that was swindled thereby falsely building the minds of the victims that there is willingness to refund, where as it is a pure scam.”