How touching! This Identical twin sisters reunited for the first time since they were adopted from China by two different families when they were just newborns.

Audrey Doering of Wisconsin and Gracie Rainsberry of Washington, both 10, couldn’t hold back tears as they embraced on Good Morning America on Wednesday, wearing matching pink tops and black-rimmed glasses.

The twins, and their parents, said they were overwhelmed but excited and happy about the reunion.

Audrey said, “It felt like there was something missing, so now it’s complete.”

Jennifer Doering, Audrey’s mother, was the one to discover her daughter may have a sibling in the world. As she was doing research on her daughter’s past, she came across a photo of her daughter as a baby on the lap of her foster mother — and a nearly identical baby beside her.

“As soon as I had that picture, I was desperate to find out who that other child was,” she said.

Dr. Nancy Segal, a psychologist who studies twins, did a DNA test and confirmed Gracie and Audrey were identical twins with 100 percent certainty.

Gracie and Audrey, who previously spoke to each other via video message, have already discovered similarities besides their looks.

“We both love chicken Alfredo. That’s like one of our favorite foods,” Gracie said. “And we both love mac ‘n’ cheese.”

Both girls also have heart conditions — Gracie underwent two heart surgeries after arriving in the United States while Audrey had one. 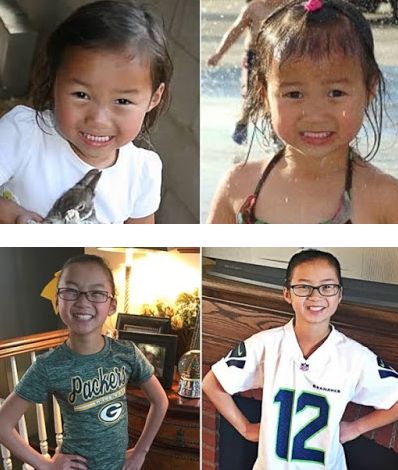 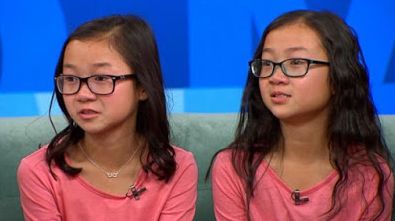 Good Morning America host Ginger Zee tweeted that it was an emotional day for all at the show. “EVERYONE IS CRYING IN THE STUDIO,” the meteorologist tweeted during the reunion.