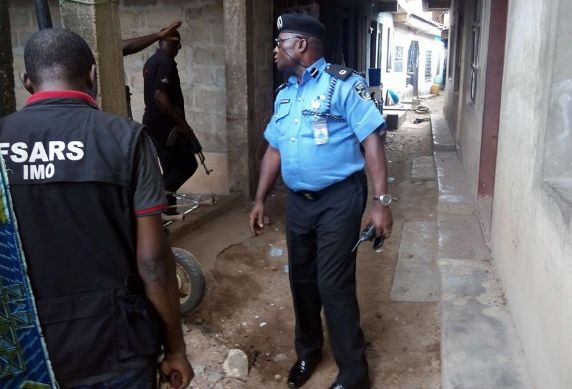 Panic has gripped the people of Atta community and its environs in the Ikeduru area of Imo State as gunmen, suspected to be hired assailants, killed an international businessman in area.

Eyewitnesses of the murder said the victim, identified as Chuks Mbaeri, was killed by the fleeing gunmen at the popular Atta Junction in the area, late Friday night.

The late Chuks Mbaeri, who hailed from Mbieri, Mbaitoli area of the state, was on his way home from Owerri, the state capital, when he was double-crossed by the assailants.

Sources told Punch that the victim, who was driving home in his car, was whisked away to Atta Junction, where he was assassinated.

It was learnt that Chuks was an international businessman, who specialised in importation and exportation of goods. He only came home for the Christmas and New Year celebration.

Enwerem said the CP arrived the crime scene following distress calls from members of the public.

He said “One Chuks Mbaeri, from Mbieri, was double-crossed by gunmen at about 18:30 hours and taken to Atta where they killed him. The CP led a team of police men to the scene, following distress calls from the members of the public.”

The police spokesperson said no arrest had been made yet in connection with the assassination. He, however, said the command had commenced an investigation into the matter.

– You travel to celebrate with your people and some people’s plot is just to kill you. Nawao!