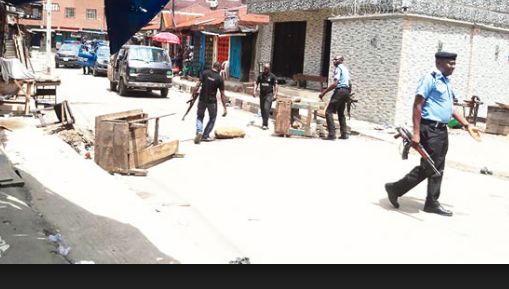 A UNIOSUN 400 level student of the Department of Physics Electronics, Adekunle Yusuf, aka Stone, has allegedly stabbed another student, Kazeem Ige, to death.

The sad incident happened at the Oke Baale area of Osogbo, the state capital.
It was gathered that the deceased, a 24-year-old student of Civil Engineering Department, and his assailant, who is on the run, were friends until about a week ago when they fell apart.

Some students told Punch that the students engaged each other on the street on Monday immediately they met and Stone brought out a dagger and stabbed Ige.

The deceased was first taken to a clinic at Oke Baale, but he was reportedly rejected by the medical personnel and was taken to Our Lady of St. Fatima Hospital in the Jaleyemi area of Osogbo, where he was confirmed dead on arrival.

A student of the school, Seyi Bamigbayan, who reported the case at the OJa Oba Police Station, told Punch on the telephone that the two students were friends before they parted ways.

Bamigbayan said, “The two students were friends, but I think they had an issue last week and one of them was said to have hit the other with a hammer.

“But I heard that they started fighting again when they saw each other yesterday ( Monday) and Stone brought out a knife and stabbed Ige in the armpit.

“Ige fell and there was blood everywhere. We rushed him to a clinic at Oke Balale before we took him to Jaleyemi Hospital, where they told us he was dead.”

She said the Commissioner of Police in the state, Mr. Fimihan Adeoye, had directed that security should be beefed up in the area to prevent any form of reprisal.

“The CP has ordered a thorough investigation into the case… the suspect must be apprehended.”