He said government was much concerned about the Yendi perennial water crisis, hence the move to solve it.

He commended the Yendi constituency Member of Parliament,  Alhaji Mohammed Habib Tijani for his constant reminder on the Yendi water situation.

According to him, government will continue to subsidize fertilizer and other farm implements to promote agribusiness.

He unveiled government’s plan to upgrade the Dagbon State Technical Institute into a model school.

He urged the chiefs and people of Dagbon to cooperate with government to permanently resolve the Dagbon chieftaincy conflict.

According to him, successive governments in the past made similar unfulfilled promises.

He also appealed to government to procure enough farm machinery and subsidized input for smallholder farmers.

The Dagbon Regent raised alarm over armyworms invasion of farmlands in the Yendi Municipality. 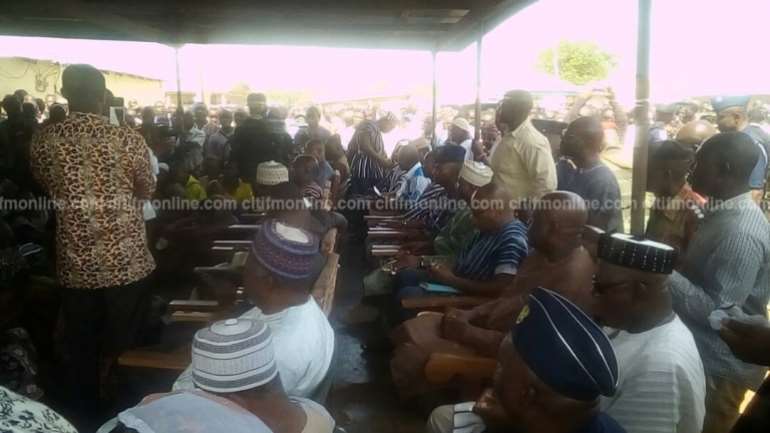 He said immediate steps must be adopted to prevent its widespread to curtail food insecurity.

He commended security operatives in the Yendi Municipality for sustaining the peace there.