No one has been arrested in connection with Friday’s damage of the Somanya office of the Electricity Company of Ghana (ECG), the Yilo Krobo Member of Parliament (MP) has said.

Magnus Kofi Amoatey told Dzifa Bampoh on Joy FM’s Top Story, he agreed with ECG officials in the area that there will not be any arrest for the time being.

“For now because of the tension if any attempt is made to arrest anyone, it will be just a war…we want things to calm down,” he said.

The ECG Eastern Regional office came under attack from some residents who were dissatisfied with what they described as ‘outrageous’ utility bills.

The residents wielding sticks and stones damaged the office of the company in protest after they waited for hours to get a response from ECG officials without success. They left behind broken glasses and dirty ECG walls .

It has emerged the protest was led by the Assembly Member of the area, Jones Tetteh popularly known as Dindindin who owns a block factory in the area. He is reported to have incited the residents after his factory was denied power following his inability to pay his bills.

The protesters were also reported to have besieged a local radio station, Rite FM and threatened to beat the presenters over an alleged unfavourable reportage on the demonstration.

A resident of the area, Francis Nyankotey told Joy News the protest would not have degenerated had ECG officials come out to respond to the concerns of the protesters.

“ECG has not attempted to explain to residents the issue of overbilling and because of its inability to respond that is why today’s unexpected demonstration ended that way,” he said.

Although he believes what the protesters did was “uncalled for, out of order and condemnable,” he said the Assembly Member only registered the concerns of his constituents.

Some other residents who were not part of the protest are calling for the arrest of Mr Tetteh and other people who damaged the ECG office, but the Yilo Krobo MP said that will be done at the appropriate time.

Magnus Kofi Amoatey said they will not shield anyone in connection with the violent protest but added this will be done when the anger of the residents has given way to cool heads. 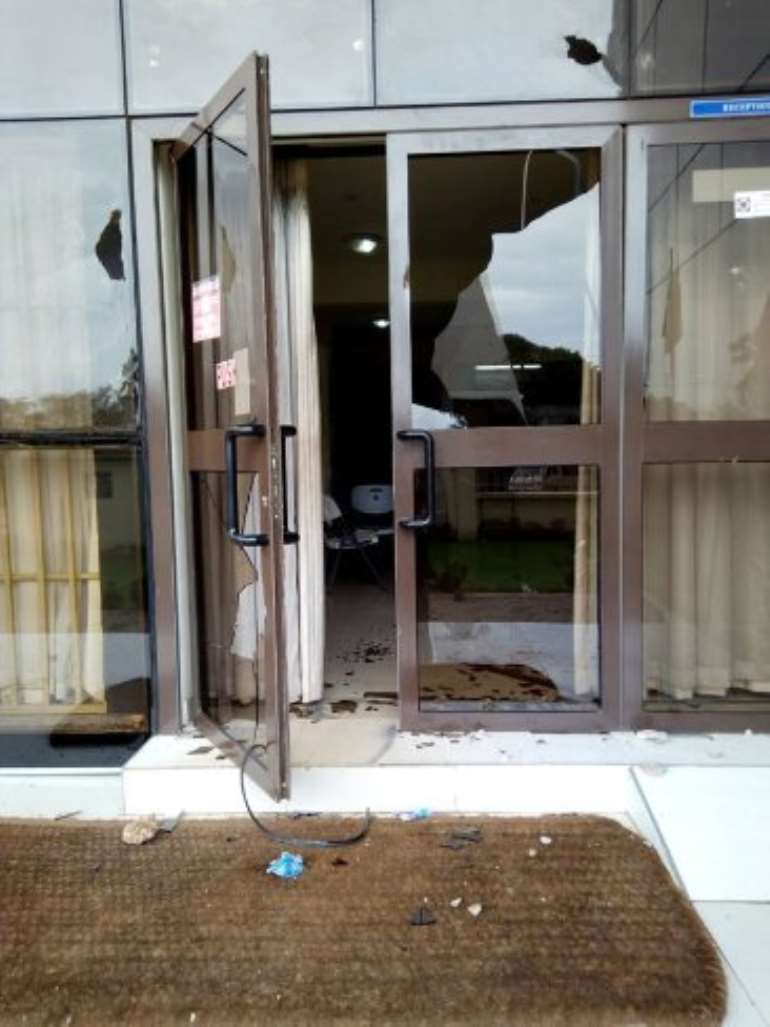 “If a citizen offends the law…it must take its course,” he said, adding if the Assembly Member admits he acted in breach of the law, he would be dealt with. “But let’s ensure that he knows and accepts that he has broken the law.”

The MP appealed to ECG to educate the people on its billing system. He said he had been a victim of the overbilling but because of his position, he decided to handle it differently.

“ECG must be up and doing and provide actual consumption rather than estimate,” he said.