A divided Supreme Court said on Tuesday that Florida’s use of IQ tests as final evidence to determine death penalty eligibility is unconstitutional.

The case settles a capital punishment case that has been in the legal system since 1978.

In a 5-4 decision, a majority of Justices said in  Hall v. Florida that a Florida law prohibiting anyone with an IQ of 70 or higher from being classified as mentally disabled, and thus making them eligible for the death penalty, violates standard medical practices.

“As interpreted by the Florida Supreme Court, however, Florida’s rule disregards established medical practice in two interrelated ways: It takes an IQ score as final and conclusive evidence of a defendant’s intellectual capacity, when experts would consider other evidence; and it relies on a purportedly scientific measurement of a defendant’s abilities, while refusing to recognize that measurement’s inherent imprecision,” Justice Anthony Kennedy said, writing for the majority.

“The death penalty is the gravest sentence our society may impose. Persons facing that most severe sanction must have a fair opportunity to show that the Constitution prohibits their execution,” Kennedy concluded. “Florida’s law contravenes our Nation’s commitment to dignity and its duty to teach human decency as the mark of a civilized world. The States are laboratories for experimentation, but those experiments may not deny the basic dignity the Constitu­tion protects.”

The Hall case arose from the 1978 murder of Karol Hurst, who was 21 years old and seven months pregnant, by Freddie L. Hall. Hall was convicted and sentenced to death in Florida.

A trial judge found Hall to be mentally handicapped, and in 1999, the Florida Supreme Court ruled “there is no doubt that the defendant has serious mental difficulties, is probably somewhat retarded, and certainly has learning difficulties and a speech impediment.” 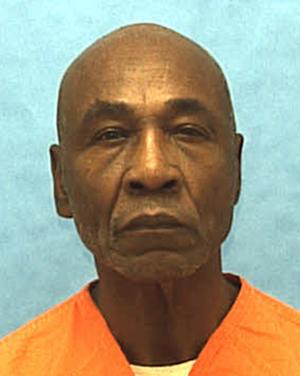 This undated photo made available by the Florida Department of Corrections shows inmate Freddie Lee Hall. Hall. The Supreme Court will hear an appeal on Monday, March 3, 2014 from Hall, a Florida death row inmate who claims he is protected from execution because he is mentally disabled. The case centers on how authorities determine who is eligible to be put to death, 12 years after the justices’ prohibited the execution of the mentally disabled. The court has until now left it to the states to set rules for judging who is mentally disabled. In Florida and a handful of other states, an intelligence test score higher than 70 means an inmate is not mentally disabled, even if other evidence indicates he is. Hall has scored above 70 on most of the IQ tests he has taken since 1968. (AP Photo/Florida Department of Corrections, HO)

The Hall case is directly related to a case from 2002, Atkins v. Virginia, when the Supreme Court said it is unconstitutional under the Eighth Amendment to execute individuals who are determined to be mentally disabled.

After the Supreme Court’s Atkins decision, Hall’s attorneys challenged his death sentence. In his Supreme Court appeal, Hall’s attorneys said two dissenting judges in 1999 said testimony reflected that Hall had an estimated IQ of 60.  Florida law prohibits anyone with an IQ of 70 or higher from being classified as mentally disabled.

But when Hall’s attorneys first filed an appeal after the Atkins decision, Hall was given new IQ tests, and his scores fell between 71 and 80. In a subsequent appeal, Hall’s attorneys claimed testing showed Hall’s IQ range between 67 and 75.

“Every state legislature, save one, to have considered the issue after Atkins and whose law has been interpreted by its courts has taken a position contrary to Florida’s,” Kennedy said.

READ ALSO:   Rat caught on camera taking a shower like a human

“The States play a critical role in advancing the protections of Atkins and providing this Court with an understanding of how intellectual disability should be measured and assessed, but Atkins did not give them unfettered discretion to define the full scope of the constitutional protection,” he added.

Justice Samuel Alito wrote the dissenting opinion, in which was joined by Chief Justice John Roberts, and Justices Antonin Scalia and Clarence Thomas.

“The Court held [in Atkins] that the Eighth Amendment prohibits a death sen­tence for defendants who are intellectually disabled but does not mandate the use of a single method for identify­ing such defendants. Today, the Court overrules the latter holding based largely on the positions adopted by private professional associations. In taking this step, the Court sharply departs from the framework prescribed in prior Eighth Amendment cases and adopts a uniform national rule that is both conceptually unsound and likely to result in confusion,” he said.