Has he been replaced by another person who wears a mask so as to look like the president?

Is it true that there an imposter in The Aso Rock Presidential Villa (The residence and workplace of Nigeria President) who is acting and representing President Buhari all this time?

Nigerians have been complaining about the death of their president Muhammadu Buhari years back.

As strange as it may sound, most of them think that their president is actually dead and he died way back in 2017.

According to some of them, they believe someone else is wearing a prosthetic mask of President Muhammadu Buhari’s face in order to deceive them into thinking that he is the President they voted for.

The recent and ongoing protest in Nigeria which is dubbed ‘EndSarsNow’ has resuscitated the suspicions and claims about their “imposter” president.

Following the news about the EndSarsNow protest, one of the common utterances of most of the protesters are “Our President is, he died in 2017, we don’t have any President.”

READ ALSO:   ‘I had a tempestuous relationship with Rawlings, but we came to see value in each other in the end’ – Akufo-Addo

This looks like a joke but some photos that have appeared on the internet has actually confirmed the narrative and claims of Nigerians.

The Photos are basically a comparison of President Muhammadu Buhari years ago and how he looks now.

These photos will raise your suspicions on the whole incident and this is why.

The President Muhammadu Buhari the whole world knows is an old man who is in his late 70’s and that is being identified in his old photos but in his current photos, it is a different story.

President Buhari in his recent photos instead of looking older comparatively looks younger than his look in the old photos.

In one of the photos, a guy made a daring revelation in his tweet on Twitter which sums up everything.

He revealed that, “Only in Nigeria that their President did a pre-record message to the United Nation Assembly meeting instead of live and present message to their fellow colleagues.. these to remind you that Buhari has been dead and buried long time… Nigeria youth re so Brain dead to contrast.

Here are some of the photos that will blow your mind with regards to all this rumour. 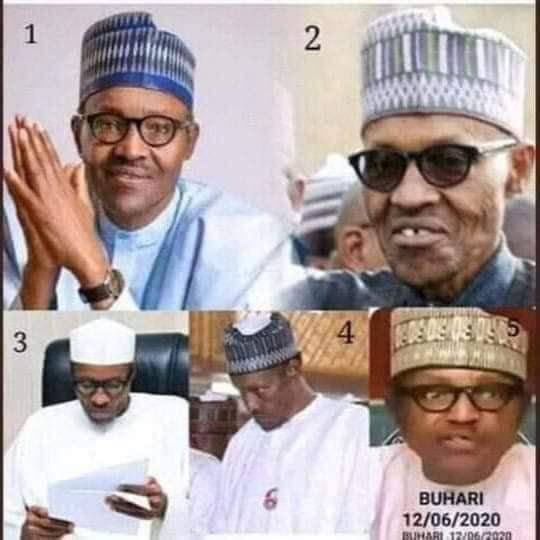 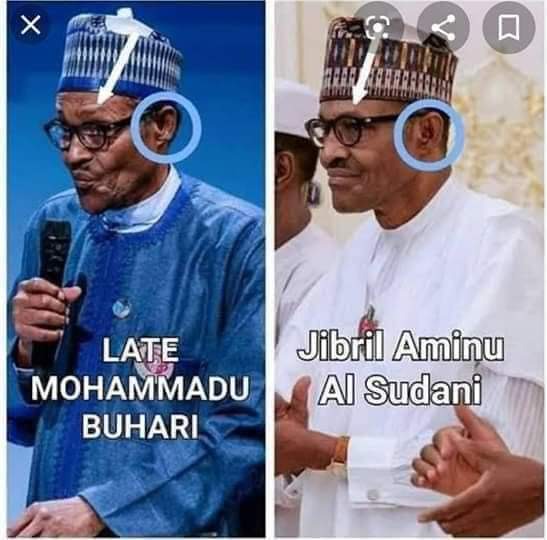 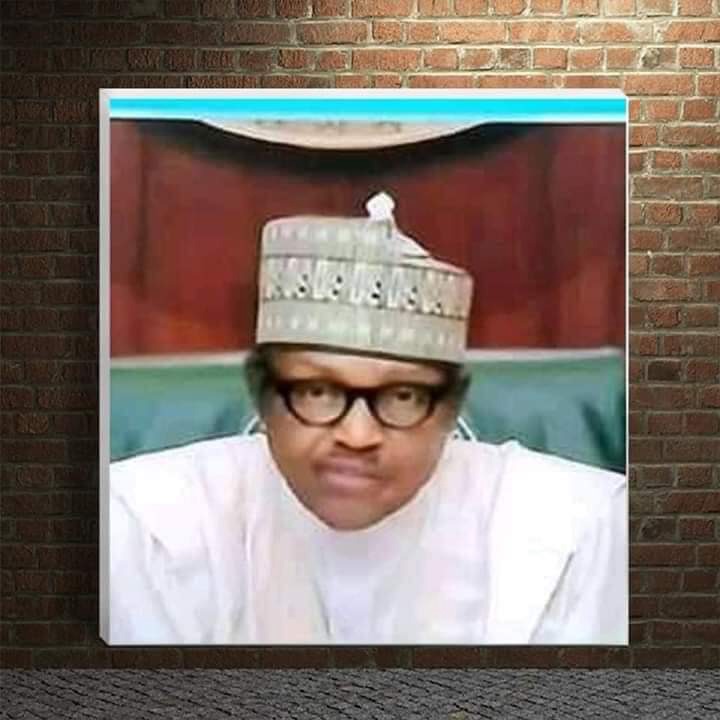 You can also watch the video here.

What’s your take on this? Please follow, share and leave your comments below and let’s get interactive.

Content created and supplied by: tellghana.new (via Opera News )


Opera News is a free to use platform and the views and opinions expressed herein are solely those of the author and do not represent, reflect or express the views of Opera News. Any/all written content and images displayed are provided by the blogger/author, appear herein as submitted by the blogger/author and are unedited by Opera News. Opera News does not consent to nor does it condone the posting of any content that violates the rights (including the copyrights) of any third party, nor content that may malign, inter alia, any religion, ethnic group, organization, gender, company, or individual. Opera News furthermore does not condone the use of our platform for the purposes encouraging/endorsing hate speech, violation of human rights and/or utterances of a defamatory nature. If the content contained herein violates any of your rights, including those of copyright, and/or violates any the above mentioned factors, you are requested to immediately notify us using via the following email address operanews-external(at)opera.com and/or report the article using the available reporting functionality built into our Platform

I will accept verdict of Ghanaians on Dec. 7 – Akufo-Addo

As it happened: Mahama and Akufo-Addo sign peace pact ahead of polls

Is Nigeria Prez. Buhari Really Dead As They’re Saying? These Photos Will Prove It To You (Opinion)7h11013🔥
Photo Of Nana Akufo-Addo And Zanetor Agyeman-Rawlings Causes Stir Online8h17135🔥
Comment