With elections approaching rapidly like a burning bush in the dry season, tensions tend to rise on the two major parties in the country. Subsequently, N.D.C’s Sammy Gyamfi poses as a disturbing threat on the neck of N.P.P. and it’s delegates. Sammy Gyamfi is quite eloquent and good at what he does, as he obviously strikes the N.P.P. Government with facts that can harm them on election day. 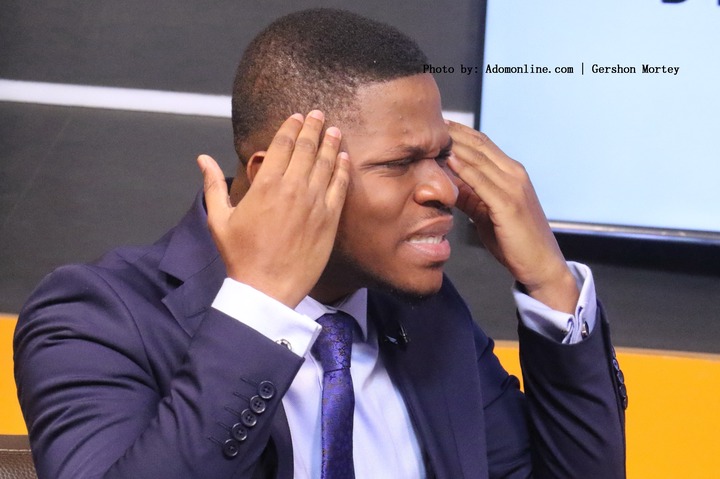 Fast forward to the issue at hand, Sammy Gyamfi had a clash of words with N.P.P’s Nana Boakye and the outcome was very disturbing. Sammy made an open-up with very interesting and wise insights, saying everyone has the right of expression, but we are not entitled to our own set of facts.

Nana Boakye made claims that the N.D.C government did not increase the salary of public sector workers, but the N.P.P. government did during their tenure by 10 percent. He was shut down completely with facts; Sammy Gyamfi clearly stated that those statements are totally false. “In 2015, Ghana public sector workers got their salaries increased by 11 percent, as if that’s not enough, in 2016 it was increased by 12.5 percent again” – Sammy.

Every government created temporary jobs, and N.A.B.C.O is just another cover up for temporary jobs with the sense of deceiving Ghanaians. “How can an employed person get enrolled on a scheme to work for only two years and then becomes unemployed thereafter. N.A.B.C.O is just recycling of unemployed people but not a permanent solution” – Sammy Gyamfi. He made it clear that, the N.P.P government has rather employed his own people and has fixed them in permanent positions, but the N.D.C has a far better vision for Ghanaians.

Another outrageous statement which was slammed by Sammy Gyamfi was the ‘Dumsor’ issue. He made it clear that the N.P.P has been deceiving Ghanaians all these while, and N.D.C was the real solver if the ‘Dumsor’ problem. They invested and bought power badges in order to sustain the electrical breakdown just for N.P.P to flaunt with it. “Bawumia even made a statement that, Mahama deserves no credit for ‘Dumsor’- Sammy Gyamfi.

Sammy Gyamfi went ahead to raise the dollar-cedi scandal and several others. He left Nana Boakye dumbfounded with so many facts in the face. The result of the clash was very humiliating and devastating.

Do you think the NDC has a chance of winning this election? Share your thoughts in the comment section and don’t forget to follow us for more contents.

Content created and supplied by: Mr.Sports (via Opera News )

Opera News is a free to use platform and the views and opinions expressed herein are solely those of the author and do not represent, reflect or express the views of Opera News. Any/all written content and images displayed are provided by the blogger/author, appear herein as submitted by the blogger/author and are unedited by Opera News. Opera News does not consent to nor does it condone the posting of any content that violates the rights (including the copyrights) of any third party, nor content that may malign, inter alia, any religion, ethnic group, organization, gender, company, or individual. Opera News furthermore does not condone the use of our platform for the purposes encouraging/endorsing hate speech, violation of human rights and/or utterances of a defamatory nature. If the content contained herein violates any of your rights, including those of copyright, and/or violates any the above mentioned factors, you are requested to immediately notify us using via the following email address operanews-external(at)opera.com and/or report the article using the available reporting functionality built into our Platform


READ ALSO:   "Politics Is For The Matured Minded" See What These 2 Political Rivals Were Captured Doing In Public

Kevin McCarthy calls Liz Cheney, Adam Kinzinger ‘Pelosi Republicans.’ They say they have work to do.