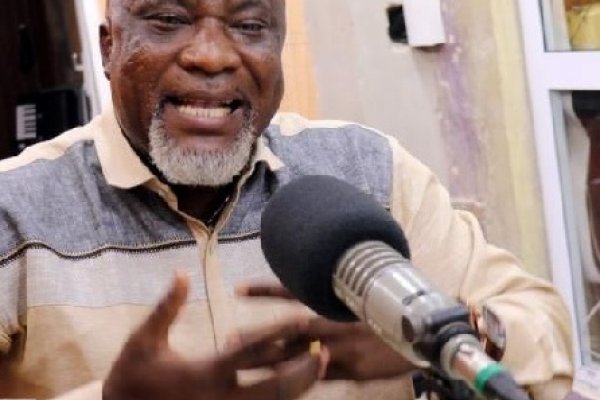 The ruling New Patriotic Party (NPP) in Kpone-Katamanso has called on Ghanaians to ignore media reports of the arrest of their 2020 parliamentary candidate, Mr Hopeson Yaovi Adorye for allegedly threating to kill the Municipal Chief Executive.

However, a statement signed by Mr Prince Dadzie, spokesperson for Team Hopeson 2020 and released on December 15, 2020 described media reports on the arrest as false. He was rather invited by the Police.

The statement indicated that “we want to state unreservedly, that the story is false, malicious, vexatious and has no merit, whatsoever”.

“We do understand that it is an agenda pushed and sponsored in the public by the MCE of Kpone Katamanso and his cronies, betrayers of the very President, His Excellency Nana Akufo-Addo, by virtue of whose magnanimity they are surviving.

“They are aggressively seeking shelter to escape the monumental pressure upon them by the good people of Kpone Katamanso for their gross betrayal. The publication should be disregarded by all with the contempt and disgust that it deserves.”

According to the statement, “Honourable Hopeson Adorye received an invitation from the Regional Crime Officer (Tema Regional Command) with regard to an allegation of threat on the life of the Kpone Katamanso MCE, purportedly made by him. He honoured the invite by reporting personally, to the command on Monday, 14th December, 2020, as a law abiding citizen”.

They further indicated that “We are fully aware of the diabolical agenda by the MCE against Hopeson Adorye and the NPP at Kpone Katamanso. Solomon T. Appiah should know that his occupation as the MCE is due to the fact that gallant patriots stayed true to the cause for NPP to win power”.

Read about the Owner of Citi FM and Citi TV.

If You Want To Do Politics, Leave The Newsroom And Join Us – Bridget Otoo Blasts TV3 Presenters.
Former President Mahama to visit Techiman on Wednesday, December 16
Comment