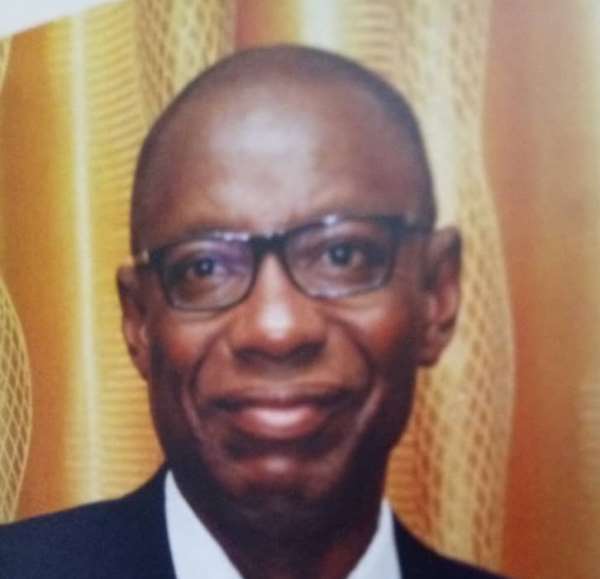 A Lecturer of the University of Cape Coast and Counselling Psychologist, Dr. John Ofori Attram has said people who killed their partners when things goes wrong are those who have heavily and emotionally invested in their relationship.

Such investments involves emotions where the entire life of the person depends on the other partner to the extent that, when the relationships goes wrong the thought of killing their partner would suffice.

“When their relationships go bad, they decide to destroy not to be satisfied but to destroy everything”.

Dr. Attram explained the emotional investment to mean a situation where when people are even eating, they would be thinking about their partners. Their partners are first thing that comes to their mind when they wake up from bed. Thus, they are preoccupied with issues concerning their partners.

He said, with this level of hope in one person, if something untoward happens, such people lose so much hope, they become angry and are willing to do anything that comes to mind. They are unable to accommodate the pain arising from the challenges they are facing in their relationship.

When asked how come sometimes those in such difficult situations reveal their problem to someone but still go ahead and murder their spouse, Dr. Attram explained that, “It is an advise that was given and the person might decide to take that advise or not”.

He continue, “When it happens like that, such people are already maladjusted and are unable to think straight. And they normally do anything that comes to mind.

“But, unfortunately what happens is that, once you act with anger you suddenly regret after the act. You come to a self realisation after the act has been committed.

READ ALSO:   Help, This Man Wants Me To Be â€˜Gayeâ€™â€”Yul Edochie Cries Out

“So with the stigma involved, the grief involved, such people are tempted to commit suicide after murdering their spouse fearing the repercussions of their actions”.

When asked what would make a financially sound man murder his spouse or partner, the Psychologist expounded that, “This act fall under domestic abuse and it isn’t peculiar to the poor but the rich as well.”

He added, :Once it becomes physical abuse then, it has something to do with power and control especially in our culture where men are supposed to be in charge of the woman.

“The abuse occurs out of a behaviour that has been learned but before the the murder occurs, there would have been some situations where such men would have portrayed tendencies indicative of the fact that, he could murder his partner.

“Normally, when such behaviours are being exhibited by such men, the women normally don’t seek help nor complain to anyone. So in a situation where the men overly gets angry over an issue then, such men can easily murder their partners.

“After murdering their partner, and realising the consequences of their actions, then they commit suicide to end it all.”

In concluding, Dr. Attram cautioned women especially to be careful when their partners show signs of being physically abusive towards them.

According to him, suicide are psychological issues and such people need help rather than being repudiated.