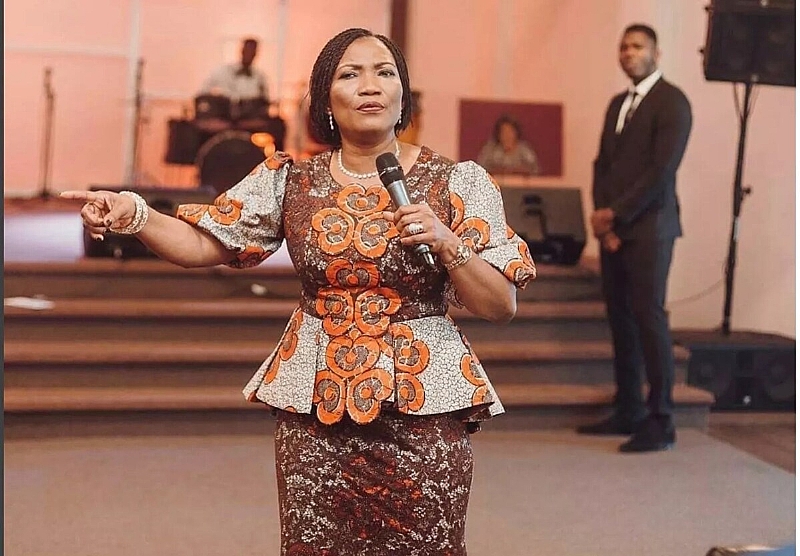 Pastor Funke Felix- Adejumo, a Nigerian author and international speaker of the Agape Christian Ministries, has admonished her congregants to as matter of principle honour their parents regardless of what their parents did to them.

She said the young ones should give their parents the best form of honour. “Your mother deserves honour till she dies whether she is evil or not. All over of Africa, almost all cultures teach children to honour their parents regardless of what their parents did to them.

“This cultural philosophy is also held by the Christians religion which admonishes its adherents to honour their parents so their days on earth may be long.”

Speaking to an all female congregation, the Agape Christian Ministries pastor said the fact that some people did not have an easy relationship with their parents does not mean they should disrespect them in their old age.

“That isn’t what the bible says. It does not matter because your mother raised you the best way she knew. Maybe, that is how she was also raised.

READ ALSO:   Mango production will be enrolled on 'one district one factory' initiative - Minister

“Never ever, ever dishonour your parents. It is the spirit of Jazebel. You must be virtuous in the way you relate with your parents. Give your parents your highest form of honour in your culture,” she noted.

Pastor Funke-Adejumo further suggested to women to try and snatch their mother-in-laws away from their husbands.

According to her, a lot of women tend to have problems with their mother-in-laws.

She added that, oftentimes, wives of men often see their mother-in-laws as witches.”It is the same witch mother-in-law who sold kerosene and all manner of things to cater for your husband and it would be very erroneous on the part of wives not to respect them.”

She said women must learn to forgive their in-laws for the wrong they do to them.

According to her, some married women go to the extent of praying for their mother-in-laws to die especially when they suspect them of being manipulative and possessive of their husbands. “But, I can assure you that, you also have children and what you wish for your in-law others shall do same to you.”

She added, “Once you start working, no matter how small you earn, something small must go to your parents. Don’t be a waste of space in your parents life. Don’t wait for your parents to beg you before you take care of them. Please be virtuous in that area”.

Explaining what virtuousness means in this regard, the International speaker said having morals or high standards of morals.

She implored the gathering to have same level of morals regarding how they must take care of their parents. “Your parents would offend you and do all manner of things against you but it is for the individual to chose how to react to those things.”

Tattoo is a taboo, God hates those who wear tattoos — Ajagurajah
Women who experience these signs cannot get pregnant or have a child if they do not seek treatment
Comment