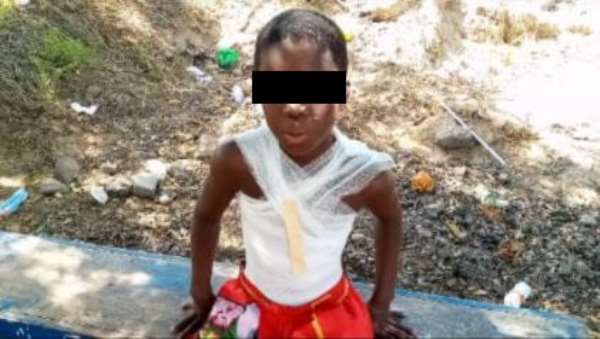 The 10-year-old Pupil who was set ablaze by a 14-year-old boy at Ngleshie Amanfrom near Kasoa in the Ga-South Municipality has revealed that his attacker told him in the face he’ll end his(victim) life.

According to the victim, the suspect threatened to kill him to teach his(victim) mother a lesson for exposing him (suspect) as a wee (marijuana) addict. 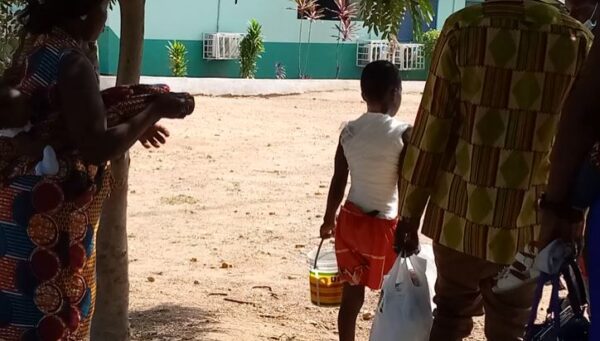 Meanwhile, the Member of Parliament for Ngleshie Amanfrom Constituency Sylvester Tetteh who was touched by the boy’s predicament has paid his hospital bills following which he has been discharged.

A 10-year-old boy (name withheld) has been set ablaze at Ngleshie Amanfrom near Kasoa in the Ga-South Municipality of the Greater Accra Region by a 14-year-old wee smoker called Hammer.

Information gathered indicate that the suspect bought petrol and decided to set a popular Mallam(Spiritualist) in the area and his family ablaze because he (Mallam) had exposed him to his parents that he’s addicted to wee smoking.

In an interview with Kasapa News Yaw Boagyan, Kojo Samuel, the victim’s father revealed that when Hammer stormed the Mallam’s House to burn it, his wife quickly informed the Mallam and his family to run for their life.

The woman’s action got the suspect infuriated hence decided to teach her a lesson. He then visited his anger on the woman’s innocent son whom he saw by the roadside by setting him ablaze.

A report has been filed at the Amanfrom Police station but the suspect is yet to be arrested.