Five persons are reported dead after the vehicle they were travelling in was involved in a road crash on the Accra Kumasi Highway Obretema, a town in the Suhum Municipality on Sunday, April 11, 2021.

Police say the incident occurred at about 1420 hours.

It involved a Mercedes Benz Sprinter bus with registration number GW 7444-21, with passengers on board heading from Kumasi towards Accra.

Three men and two women who were on board the vehicle died on the spot whilst the rest were rushed to the Suhum Government Hospital for treatment.

The driver, Eric Ohemang (35 years) alleged that upon reaching a section of the road at Obretema near Suhum, one of his rear tyres burst whilst the vehicle was in motion.

In the process, he lost control of the steering wheel and the vehicle somersaulted and landed in a ditch. 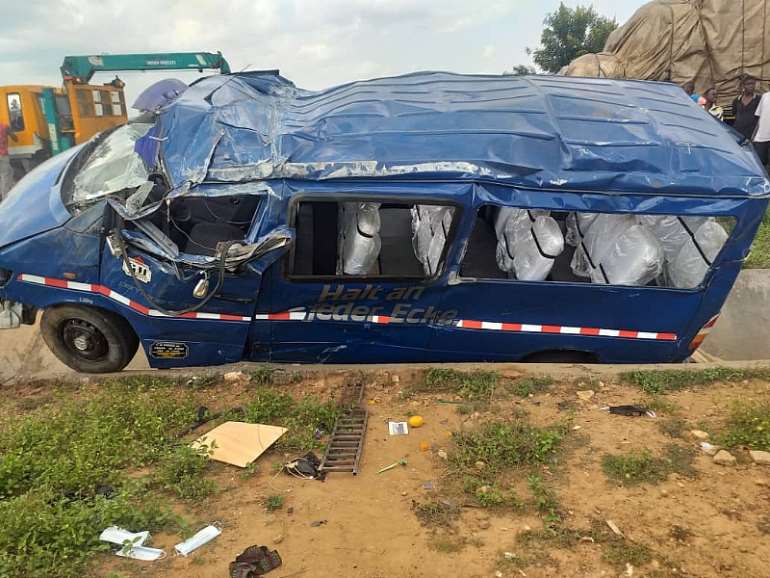 The bodies were removed and were sent to the morgue for preservation, identification and autopsy.

The driver is also receiving treatment at the hospital.

Meanwhile, the vehicle has been towed to the police station. 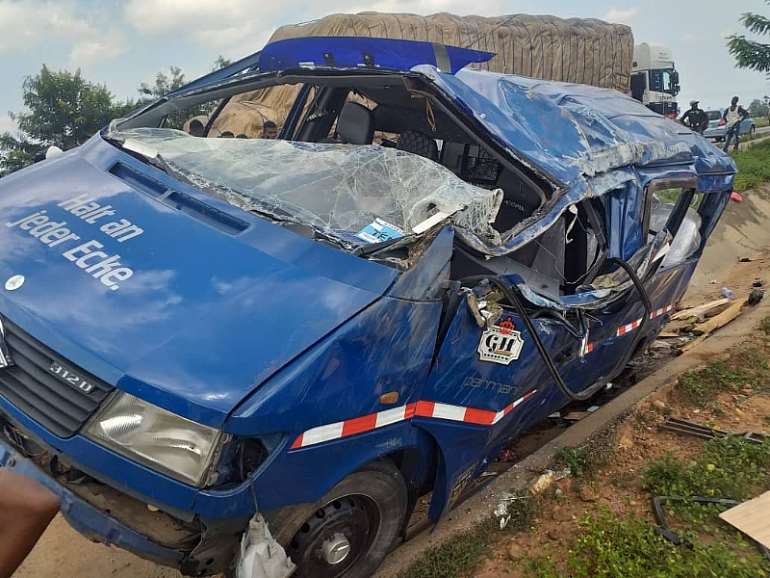 A number of road crashes have been recorded on that stretch this year.

The situation forced the MTTD, DVLA and NRSC to embark on a campaign dubbed “Arrive Alive Road Safety Operation” prior to the Easter festivities to help reduce the spate of road fatalities on that stretch. 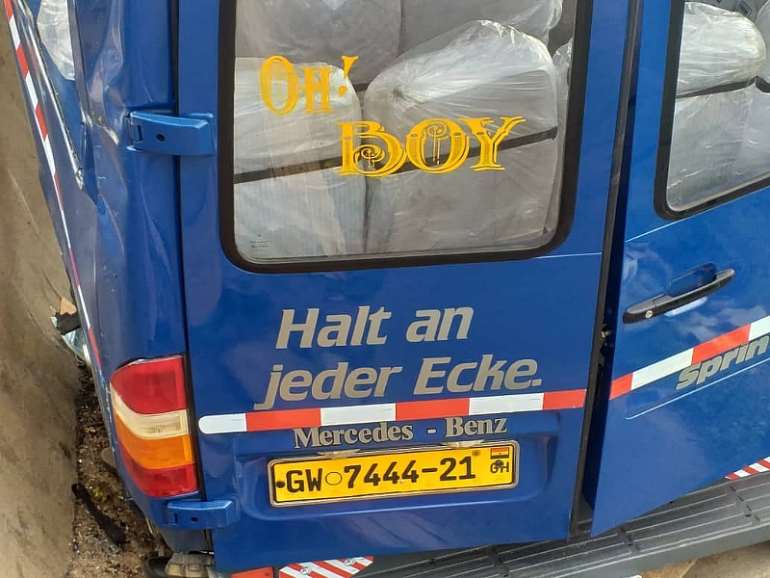