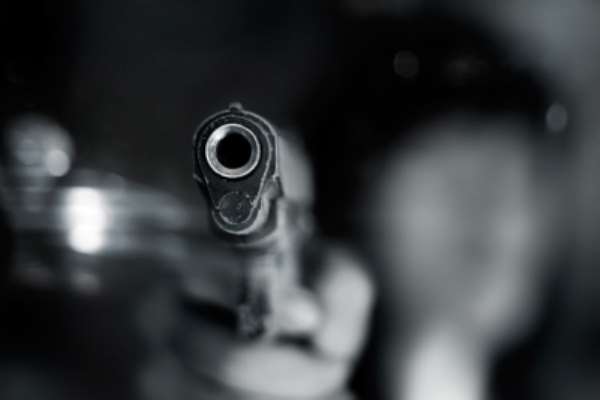 It has emerged that the male adult who was shot and robbed by alleged armed robbers while he was with his wife in a private car, in a day light robbery In Takoradi, has died.

The man identified as Charles Kwakyie, 61, was lying dead at the Takoradi hospital morgue with gunshot wound at the right side of his chest when the police visited

DSP Olivia Ewurabena Adiku, Western Regional Police Public Relations Officer (PRO) told DGN Online that on April 12, 2021 at about 2:45pm Police received information that there was a shooting incident at Amanful, a suburb of Takoradi.

She said the information had it that someone was shot and rushed to the Takoradi Hospital.

The PRO noted that the Police rushed to hospital and found a male adult aged about 61 yesrs identified as Charles Kwakyie lying dead at the hospital morgue with gunshot wound at his chest.

According to DSP Adiku, Monica Nda, 45, wife of the victim who also sustained cut on the face was met at the casualty ward of the hospital responding to treatment.

She said investigations disclosed that the victim Charles Kwakye is resident in Switzerland with wife Monica Nda.

“They came to Ghana about two weeks ago to monitor their building project at Mpintsin nearTakoradi”, she revealed.

She said on that fateful day at about 1pm, they went to Takoradi Amanful area to buy some building materials.

Whilst in their Hyundai Sonata private car with registration number GE 4022- 16 parked at Amanful near Anaji trotro station, they were accosted and attacked by six armed men on two motorbikes.

According to the police PRO, there was a struggle between the victim and the robber.

She said the robber shot the victim at the right chest and bolted with the bag and its contents.

“The victim was rushed to Takoradi Government Hospital but died shortly on arrival”.

“Efforts are being made to get the culprits arrested for interrogation”, she pointed out.