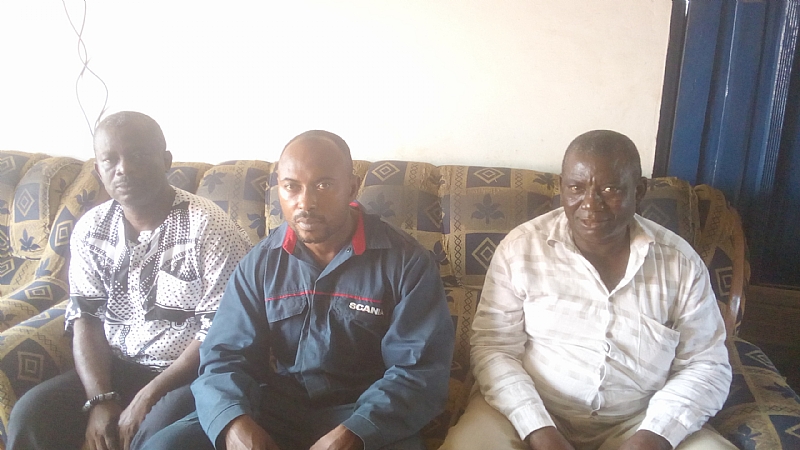 The Ashanti Regional Vice Chairman for Ghana National Association of Garages (GNAG) Mr Luqman Nuhu Mohammed has disclosed that students who get low grades but admitted into Senior High Schools who fail to pass their exams government must push them to the Association for tradesmanship training.

Speaking to Modernghana News in an interview, Regional Vice Chairman, Administrator and Organizer, Luqman Mohammed, Charles Yamoah Boateng and B.B.Basit respectively attributed the crime rate in the country to unemployment challenges, and the youth inability to develop interest in trade.

The Regional Executives noted that instead of both parents and government make it as a collective decision to introduce the less performed students into artisanship opportunities, the youth have been allowed and fully introduced into Senior High Schools concepts, where in most cases these youth complete schools to become liabilities to the state because of poor passes or grades that hardly qualify them to gain jobs.

Vice-Chairman Luqman who also doubles as the Managing Director of Luqman Engineering Service and Training Center attributing a number of challenges confronting the Association, which he said include lack of getting youth to recruit for an apprenticeship, use of obsolete equipment among others, also linked the youth indiscipline to the introduction of free Senior High School concept where poor grading system has been allowed to gain roots in admissions selections.

The Vice-chairman bemoaned that if government heeds to the Association’s call, and refer non-performing students to learn some trade it would go a long way to stabilize the unemployment challenges confronting the youth in the country.

Touching on the television advertisements that freely exposes youth to get rich quick and profane activities through Mallams, money doublers among others, Mr Luqman stressed the need for government to charge on regulatory agencies to come out with measures that could discourage the promotion of unacceptable programs in the media industry.